A few months back, when a friend in fashion pointed Sadaf Kanwal out as the one to watch, I have to admit I was mildly skeptical, little did I know that I would not only be biting my tongue, in a short while I’d be writing an article about why we at SiddySays are absolutely loving her…

Discovered at Veet Supermodel a few years back, Sadaf Kanwal is a story of hard work and perseverance. When a 15 year old girl walked into a famous Karachi Salon a few years back, she didn’t realize that soon she would be one of the most recognizable faces in Pakistan Fashion and one of the most sought after faces by the high end designers. In fact, when she was advised to participate in the show, Sadaf was quite hesitant at first… ‘I was skeptical but I went any way, all by myself… I had no idea what to expect’. Sadaf was one of the runners up on the show and is perhaps one of the most successful veterans of the series to date. When asked about her ‘discovery’ Sadaf gave credit to Frieha Altaf, ‘She worked hard on me and gave me great advise, I survive each day on those lessons’.

From her modelling debut in 2009 to date when she is the face of fashion powerhouses like Elan, Sania Maskatiya and more, Sadaf has given us more than one reason to take notice of her. Here are only 6 of the many reasons we are loving her… 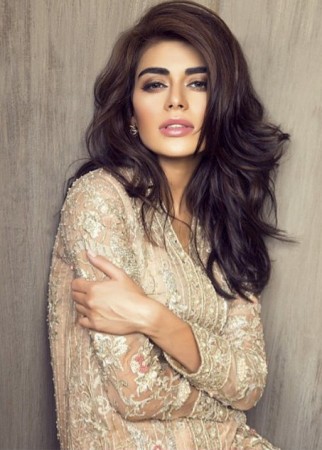 The world is full of pretty girls but globally the supermodels have always been differentiated by their looks or style. Be it Cindy Crawford’s mole, Kate Moss’s wirey frame, or Cara Delevingne’s eye brows… There is no denying, Sadaf’s look is distinctly different!