We have been struggling to get back ‘into the groove’ for days now. The December 16th tragedy left us all in shock, perhaps even too shocked to react. As picture after picture went pitch black on social media, one realized, we will as a nation perhaps never be the same again ever. You could sense strange sense of unrest as mothers pulled their children closer, and fathers watched TV burning with helpless frustration. We had been hit where it hurts, our children had been taken away from us. While some switched off with sense of grief and sorrow, some flared with anger, some turned to a dark lonely corner and others came together to console. Everyone grieved in their own way and no one remained unaffected.

As a nation in mourning, we need to love and respect each other…. Here is what we need to know about grief.

Grief comes in waves:  This means one may feel perfectly fine one moment and absolutely distraught in another. The sorrow creeps upon us ‘out of the blue’ leaving us feeling defeated and then goes away to come again…

There is no right or wrong way grieve:  Some people have an outward expression and some internalize grief. Some people are just more private than others, some are stronger than others.

There is no timetable for grief:  We noticed this in particular, as some of our readers started sharing the annual recap facebook had designed, some were offended at the ‘wonderful’ year. At the end of the day, there really is no timetable, it just requires mutual respect.

If you don’t cry, you’re not sorry:  We saw the strongest break down in face of this tragedy. It was after all our children they had taken away from us, the most innocent and helpless of us all. While some broke down, others shut down with depression and some came out stronger and more resolved.

Pain won’t go away:  The only way to the other end of grief is through it. The pain won’t go away if you pretend it’s not there. For healing it is necessary to face your pain.

While we all grieve, it is also important to channelize this energy into something positive and constructive. We found a great initiative online called 141 Schools  powered by TCF. They’re signing people up right now and have over 1500 people have pledged support, while the donations haven’t started yet but will soon.

It is also exceptionally important to support our troops. You may or may not approve of the power politics but the people fighting on the front lines are just like you and me sacrificing more than we could ever dream of. Here is to hoping and praying that we as a nation never ever have to face such a tragedy again. Here is to hoping that no matter how we grieve this incident, we never forget because ‘those who forget the past are doomed to repeat it’. 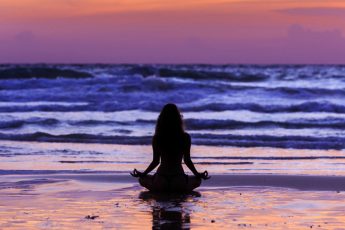 A REAL GUIDE ON HOW TO REDUCE YOUR STRESS LEVELS