HOW A GIRL SHOULD BE…

Coco Chanel , one of the most popular designers in the world today didn’t always lead a glamorous life. Born in a poor family, Gabriel Bonheur Chanel, after her mother’s death was put in an orphanage by her father who worked as a peddler. She was raised by nuns who taught her how to sew—a skill that would lead to her life’s work.

She supposedly got the name Coco during her short lived singing career when she regularly sang a song called “Qui qu’a vu Coco”. It is also believed that the nickname could have also come from the French word cocotte , which means kept woman—(at least that’s the more polite sense of the word).

In 1925, she introduced the now legendary Chanel suit with collarless jacket and well-fitted skirt. Her designs at that time were considered revolutionary as she drew inspiration from men’s wear and emphasized comfort freeing women from corsets and other confining garments forever. She is credited for making the Little Black Dress (LBD) iconic for generations to come… 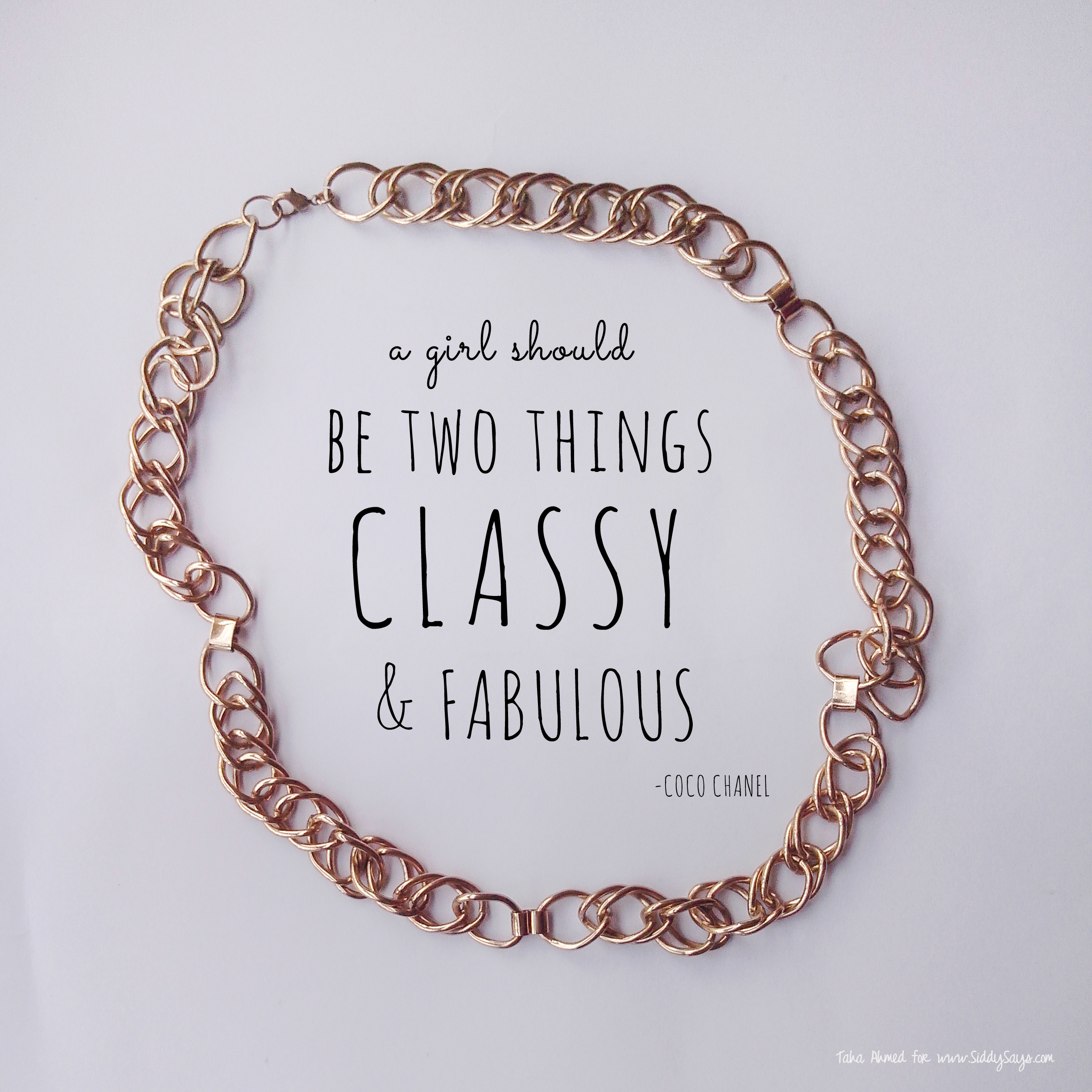 With this post, we welcome the very talented  Taha Ahmed  on the SiddySays contributors panel.