Zaheer Abbas as a designer, and Sadaf Kanwal as a model have both blossomed in the past few years. Both have managed to get the attention of the customers and the fashion fraternity alike so it was only expected that the result of the two collaborating on the red carpet would be a head turner. Sadaf kanwal

The pussy bow, jungle print jumpsuit was beautifully complimented by the olive trench creating contrast and compliment of feminine and masculine and print and plain. Sadaf’s accessory game is usually strong and the Bottega clutch kept things understated as intended with swept back pony tail and bare ears. Sadaf kanwal

All in all, a chic look that scores all points without trying too hard! Two thumbs up from our end. Sadaf kanwal 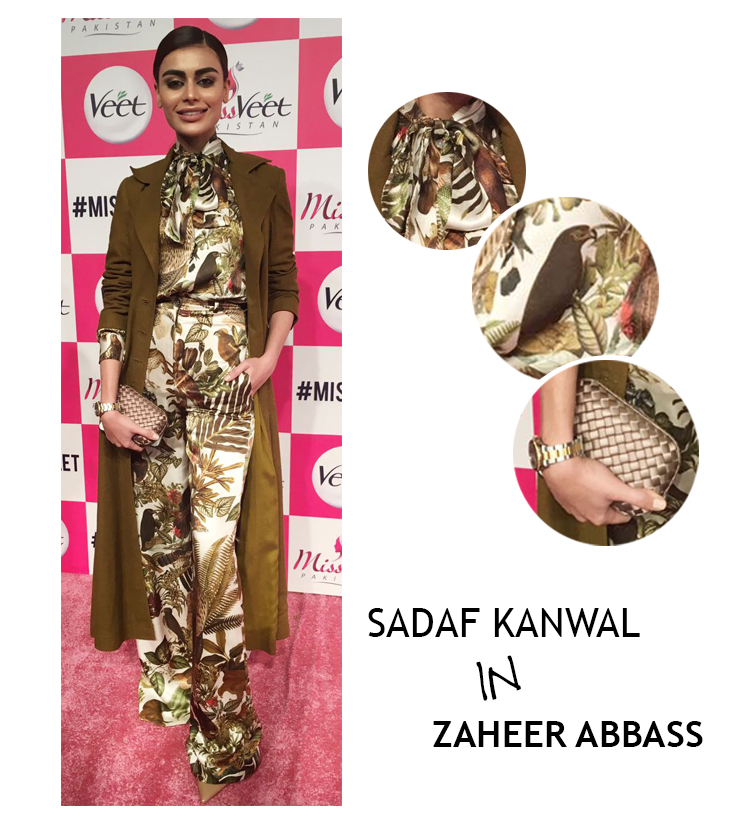