Normally, being a digital entity, we are one of the first few to carry stories online. However, if a good week after an event, you’re still wondering what to write about, clearly something hasn’t added up. I’ve thought of angles on the story and so far managed to find none. To start with, the food was great (does that qualify as an angle?!?! I don’t think Foha would agree she’s not much of a Sushi eater) BUT if you’re thinking hotel catering it doesn’t get better than Avari, the Japanese menu served to guests was tasteful and given how late the event got a very welcome treat.

Speaking strictly of organization, there were so many decisions made well. The guest list to start with was kept strictly limited to very relevant individuals media, fashion personalities, donors and a dash of celebrities. Swarovski showed it’s commitment to the Pakistan market and was represented by Mr. Andrew Mojica, the council itself was present in full force as were the fashion usuals minus the extras. Both our bollywood exports also made their appearance and though were seated far far faaaar from each other created quite a bit of excitement in the crowd. Essentially, a perfect mix to make it a great evening for fashion. One was immediately awed entering the venue. Unlike the other much larger scale PFDC events, the Couture Weekend was a grand sit down dinner sparing no extravagance with crystal chandeliers, fresh flower arrangements and grand dessert displays courtesy Mona and the Khalid sisters.

All in all, the setting was perfect for what could have been a memorable evening and the attendees did not disappoint. Great effort had been taken to dress appropriately for the event. Beautiful dresses, ornate hair dos, the right amount of bling and then the dapper men. Everything was magical and memorable indeed till then.

Which brings us to the actual reason we were there. The Fashion… To begin with while you will find me whining about how long the event dragged and it was too much packed into one evening, there clearly wasn’t enough content to drag the event for two days. The managements decision to pack it all in one day invited a lot of speculation but I am glad they did. It would have been perfect had we not taken the various very long and uneventful breaks in the middle dragging the night past midnight.

Eight designers had been selected to showcase their couture collections specially designed for this weekend. These included: Fahad Hussayn; Elan, by Khadijah Shah; HSY, by Hassan Sheheryer Yasin; Karma, by Maheen Kardar Ali; Libas, by Sehyr Saigol; Nomi Ansari; Saira Shakira, by Saira Faisal and Shakira Usman; and Sublime by Sara, by Sara Shahid. How these designers were shortlisted we don’t know but they’re all obviously PFDC members and all very well established and reputed – The mix included some old some new, some traditional some modern so one expected to see a range of couture interpretations.

Was the fashion good? Yes, of course it was… That is the least one would expect given that these eight designers have all proved themselves over time and established their individual aesthetics. We walked into the show expecting, perhaps wrongly, a couture show in the very western, high fashion sense. We already have a bridal couture week and that luxury pret a porter gets its fair share at the other fashion week and so it would have been wonderful to see a cohesive interpretation of Couture from the designers.

While each one of the designers really were true to their aesthetic and really did what they are known to do best (yawn at times) we saw a big mix of bridal couture, luxury pret a porter, western couture and in some cases something else which really didn’t fit any of the above descriptions. For me personally, there wasn’t any point holding such a lavish evening when half the shows could have fit well in the Bridal Week and the other half in the soon upcoming fashion week.

However, garbed in glamour was a great cause which made this evening not only justified but also necessary. PFDC has collaborated with CARE Foundation and has taken responsibility for the CDG High School Bado Ki Sani, and CDG Girls High Sitara Colony, Lahore which are providing quality education to over 3, 000 girls. All proceeds from the PFDC Swarovski Couture Collective Weekend will go to the launch and growth of the girls’ schools, as the Council’s CSR commitment towards nation building.

At the end of the day, I guess one can only commend PFDC and Swarovski for taking a step in the right direction while being severely aware that the journey is still quite long and a lot more needs to be done in terms of establishing the ‘couture’ weekend as an entity separate of the Bridal Couture if this is to be made sustainable.

We end this with our highlights for the evening. 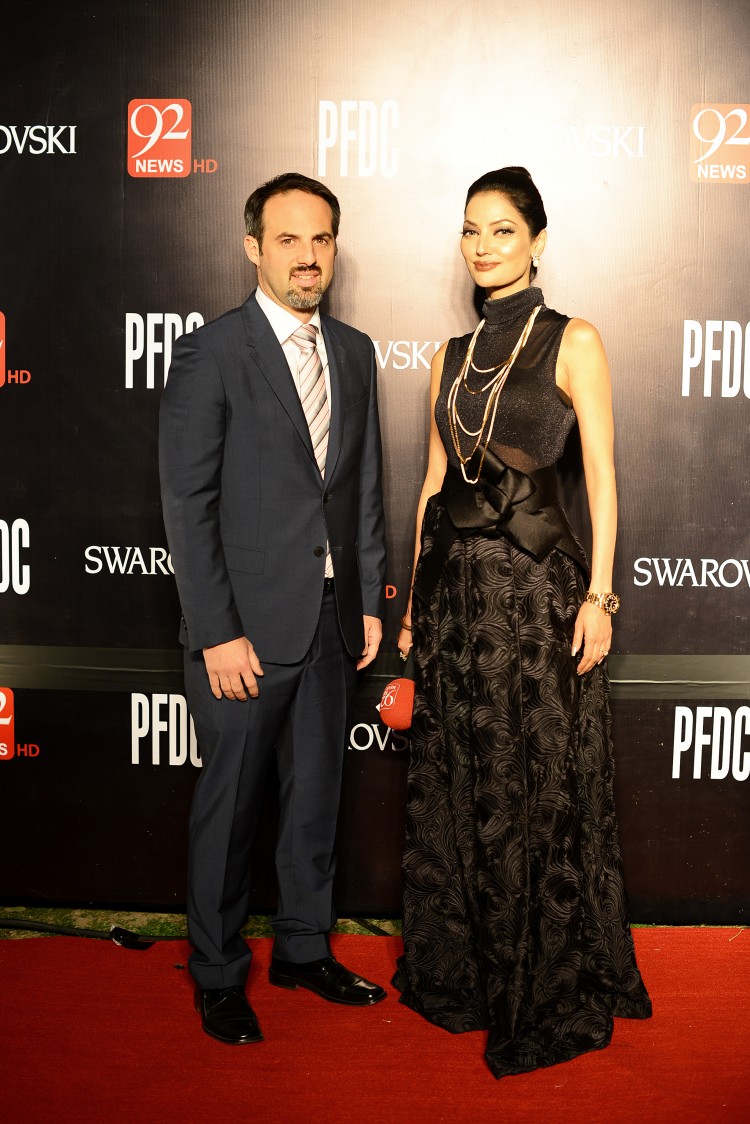 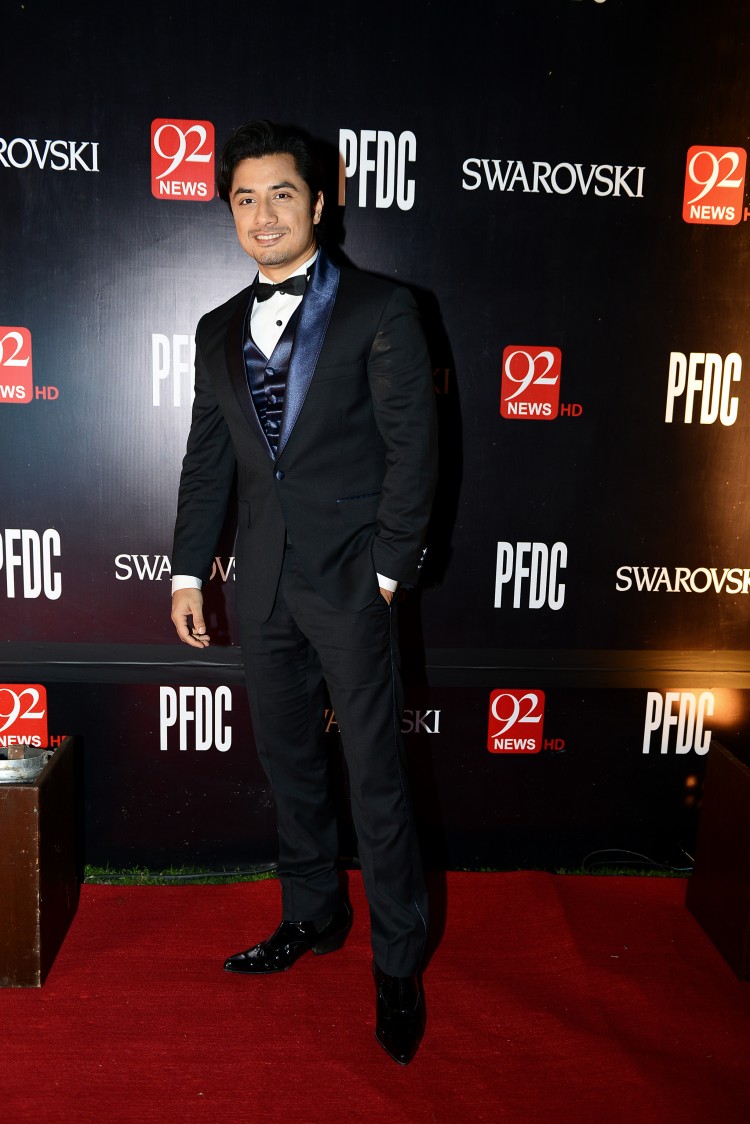 OUR BOLLY BOYS ON THE RED CARPET FOR A GOOD CAUSE 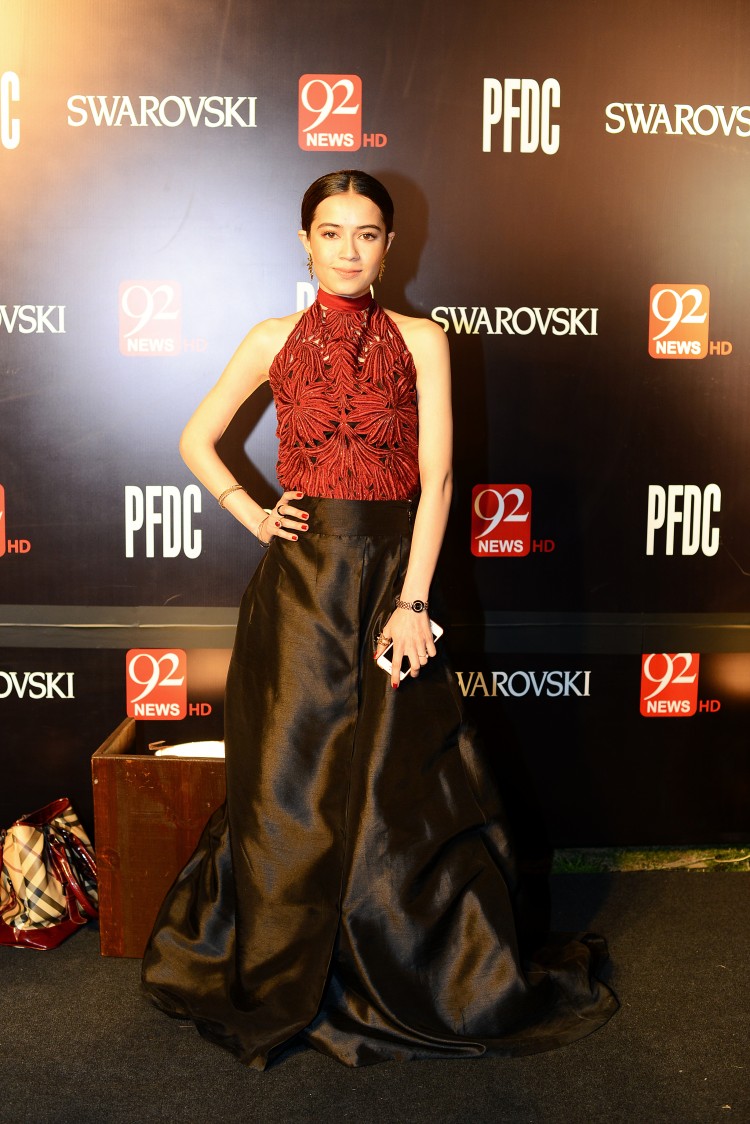 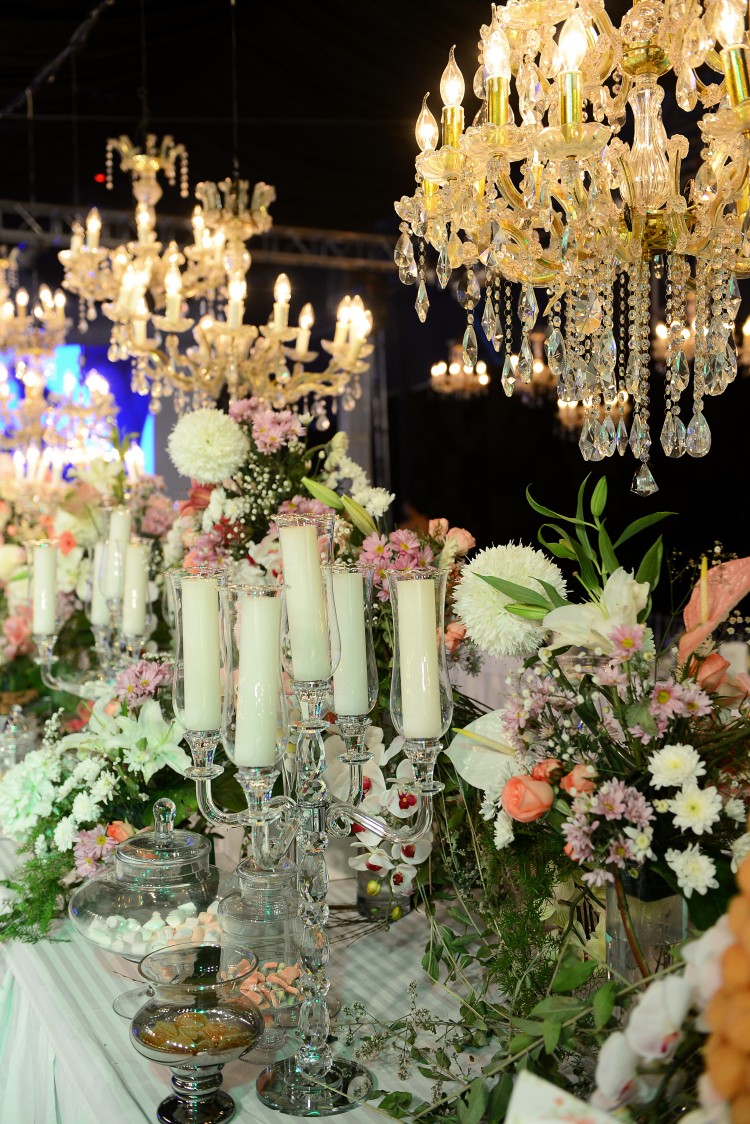 THE DECOR AND DESSERTS 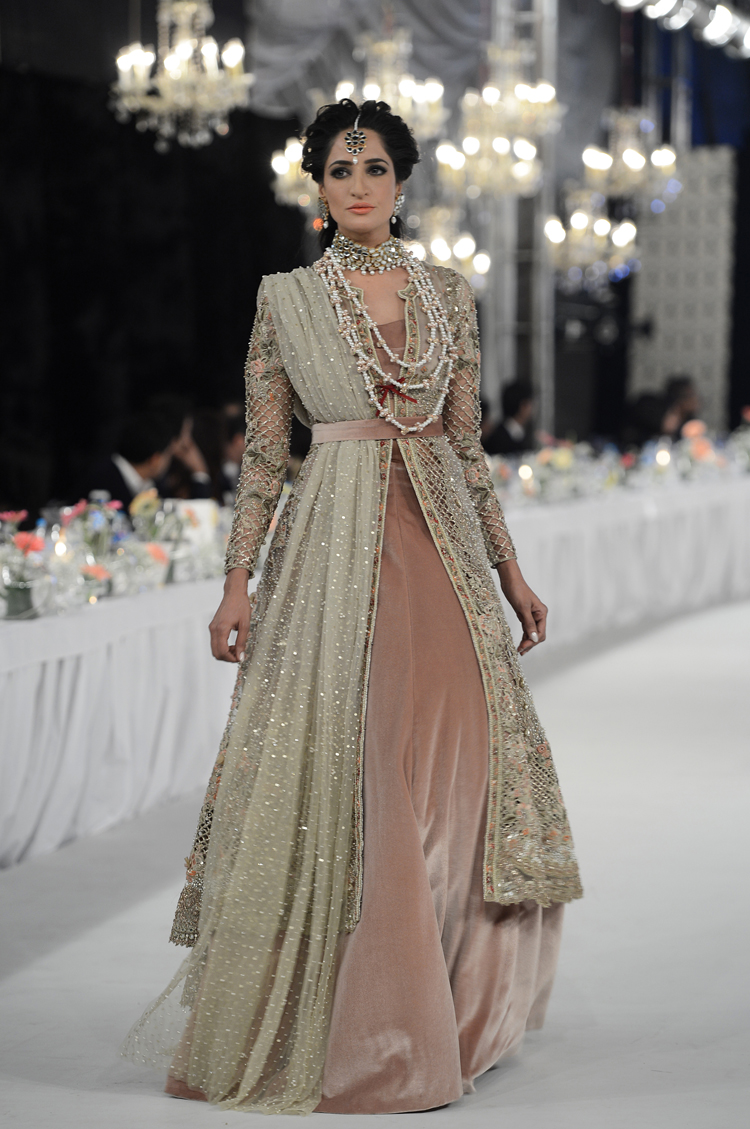 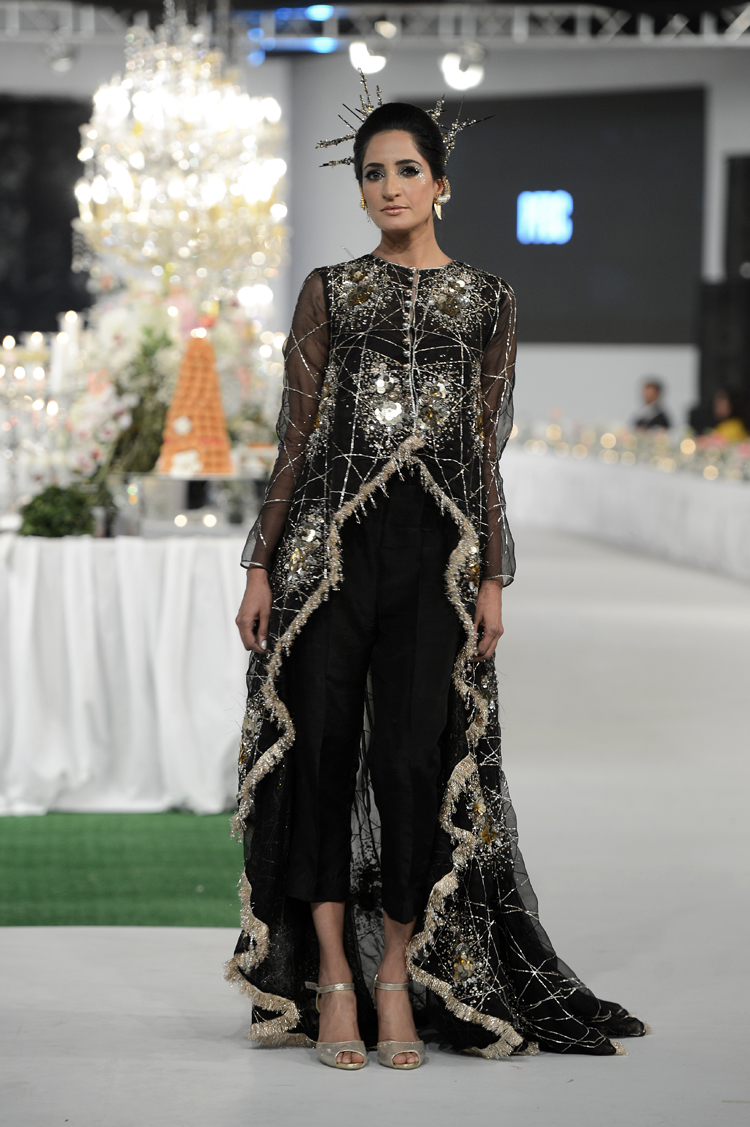 KARMA BRINGING FORTH A FRESH PERSPECTIVE 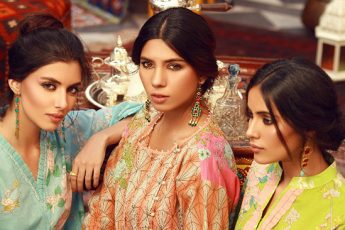