AN ODE TO TRADITION

My meeting with Waleed Zaman a few months back was nothing short of overwhelming. I confess, I had taken it lightly. When I was invited by the Kayseria marketing team to visit the offices, I had already written off the visit as another one of those PR rounds… In all honesty, that is exactly what it would have been had I not met Waleed himself.

I was unprepared. Having asked a colleague to give me a ride to the Kayseria office, I was ready to wrap it up within the lunch hour but I wasn’t ready to meet the passionate young man who was all set to give anyone his entire day, only if someone would understand the passion he was working with. This meeting was a couple of months short of the launch of the Kayseria Vision Store and as I attended the opening a few weeks back, I felt almost obligated to write this piece.

The store opening lacked the A list star power you normally see at inaugurations… but what it lacked in rented glamour, it made up in substance. Waleed Zaman, started the ‘Masters Collection’ a season ago paying tribute to the Masters or Art and Craft that inspired him and produced their work on fabric as an ode to their craftsmanship. The first sequence was part of the Winter ’14 collection and was produced to honor to the British fabric artist Harry Wearne. I had adored some of the woolen shawls that Waleed had showed us at the Kayseria Mall Rd store but was mildly skeptical of how he would continue this platform as he tread the thin line between blatantly reproducing and seeking inspiration…

Coming back to the store opening, despite being drab and rainy outside, the interior was warm and welcoming. The store staff, Waleed himself along with Kayseria management wore saffron turbans mildly theatrical but endearing nonetheless. As I entered, renowned architects Imrana Tiwana and Ayesha Noorani were speaking about the importance of art and highlighting the work of lesser known artists such as Ustaad Saif-ur-Rehman. 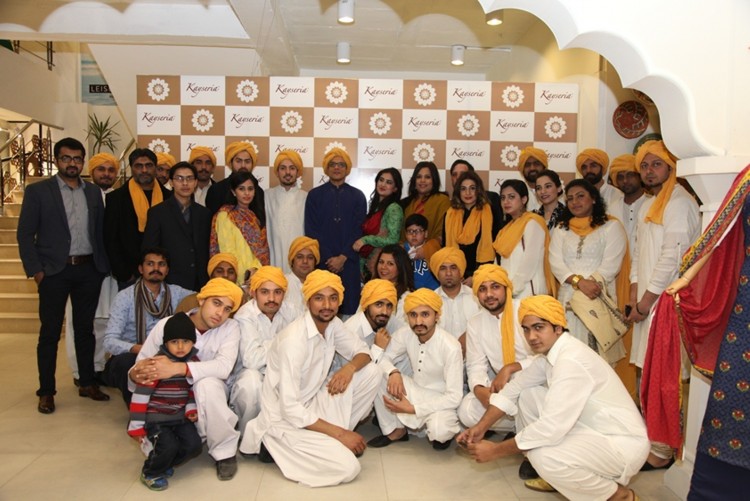 The Kayseria management had not only taken Ustaad Saif’s guidance in designing the store as a tribute to our local architectural tradition, the second phase of Master’s collection also pays tribute to this unsung hero of frescoes. As a result under the guidance of Ustaad Saif, Kayseria has incorporated the classic craft of fresco in its precise and traditional form in 84 intricate and trendy designs. The geometric lines and length and the exquisite patterns that have been meticulously designed represent the artistic fluidity of ancient fresco. Combining the textile and fashion expertise of Kayseria with Ustaad Saif’s knowledge of frescoes, Kayseria aims to re-introduce the timeless beauty of the traditional art of ‘Naqqashi’. 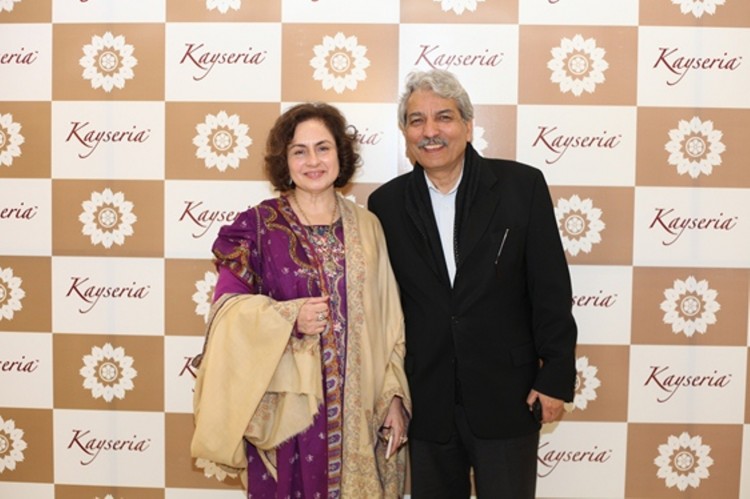 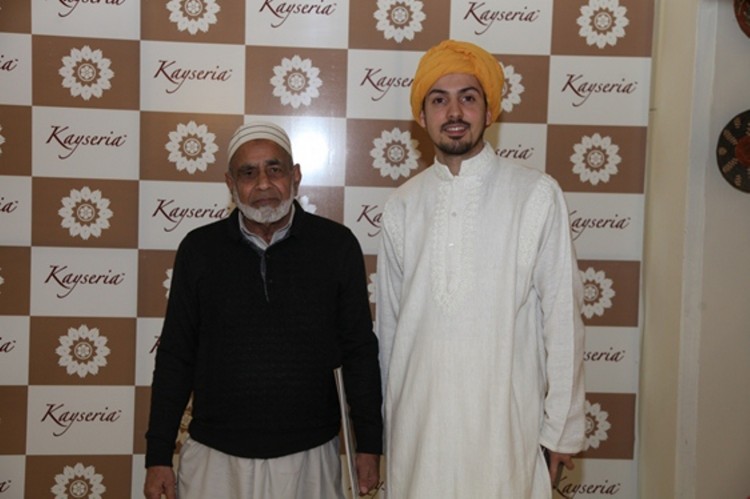 Waleed also at this event announced that he will be accompanying Ustaad Saif on a trip to the United Kingdom to further promote his work through a series of workshops and exhibitions.

At the end of the day, one can choose to write it off all this effort as yet another marketing gimmick by a pret a porter brand, the designs may or may not appeal to you personally but one can not undermine the effort of a design house to celebrate a craftsman long forgotten. For all those who wish to see our traditional crafts preserved or anyone who has studied under Ustaad Saif in his small workshop nestled between the other swankier buildings at the National College of Arts, this would be a moment to appreciate, to rejoice. It is a great start and one has to commend Kayseria for having the vision. 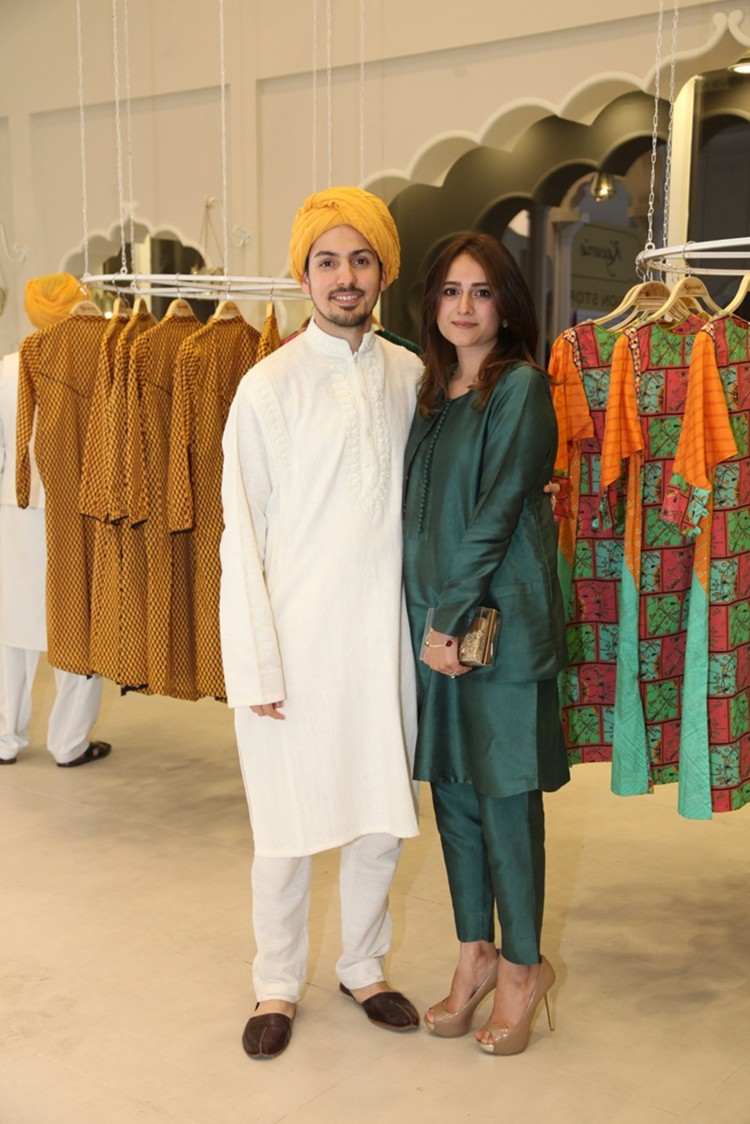