14 August should be celebrated with fervor and excitement, and we should commemorate the lives and the events that led to achieving victory as a nation, as well as the sacrifices that were made. So while growing up, we the millennials, had rejoiced jashn-e-azadi in true spirit and did things that probably the digital kids of today would not relate to, or more appropriately, make fun of! We don’t blame them but 14 August in 2021 has a different meaning altogether.

So this 14 August, we decided to take a trip down memory lane to remember what celebrating Independence day looked like for kids in the 80s and 90s.

This was one of our most favourite thing to do as a family, to listen to mili naghmay and kaumi taranay on the morning of 14 August and shows on war stories and how we managed to become an independent state.

On the eve of jashn-e-azadi, we used to gather on the roof or terrace with our cousins and light ghee walay diye to commemorate this auspicious day and pray for the safety of our country men.

In todays day age, you have stick-on jhandiyan or plastic ones that you can store, but in our time, we had to get those kaghaz ki jhandiyan; 12 jhandiya for 1 ruppee!

While growing up, the concept of glue and UHU was restricted to school only. The fun was in making making attay wali liquid paste so we could apply them on the jashn-e-azadi ki jhandiyan and hang them from the gate to the terrace and the walls.

Traditional meetha like laddoo, sawaiyan and shahi tukray were the life of our family gatherings on 14 August. While some made zarda also, we used to stick to deep fried meetha like jalebi with doodh. Or get jashn-e-azadi cakes from Shezan.

We particularly used to enjoy those drives out until late on the eve of 14 August as people blasted songs of patriotism from their vehicles and wave flags, screaming azadi and Pakistan Zindabad ke naray.

DECORATE THE HOUSE WITH LIGHTS

Green and yellow lights were the shaan on 14 August and we’d leave strands of lights hanging from the roof of the wall to show or spirits infused with patriotism. 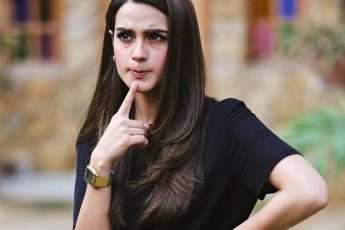 4 REASONS WHY HUAWEI MATE 20 PRO IS THE FUTURE NOW!