Lahore is famous for some of it’s traditional meat dishes so if you’re in Lahore and haven’t been to these famous spots to try their specialties, you’ve not truly lived the essence of this bustling city.

Lahore city is famous for its architecture, its dynamic Sufi Shrines, its zealous inhabitants and most commonly for its delicious food. Lahori food is popular around the globe. The city is replete with the multifarious types of dishes that one can hardly witness anywhere in the world.

So here are the 8 traditional meat dishes to try in Lahore. 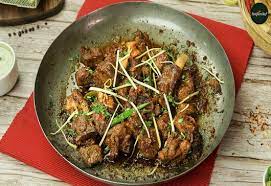 Dumba Karahi is a special karahi with the base of Dumba meat (sheep meat). If cooked right and to perfection, it is aromatic, and tender, also the chillies that it is cooked with giving you the perfect flavor.

Sarhad on Gugurmangat Road serve the best dumba kharahi and the taste is impeccable. 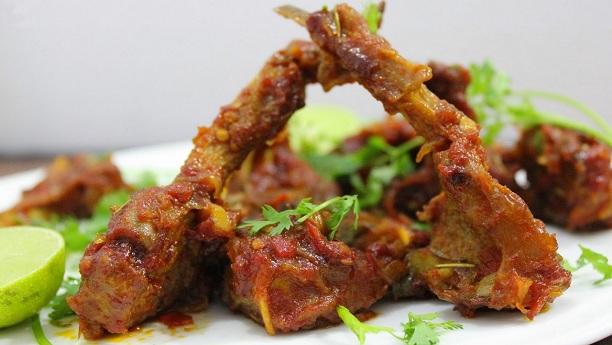 Goat ribs or sheep meat that melts in your mouth because it’s barbecued to reach perfection so the meat is so tender it literally melts in your mouth. Lahori’s love their mutton champain and the LIT place to get bbq style is in androon Lahore at Nishat Café. 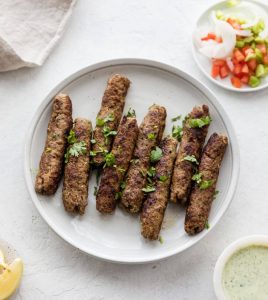 Seekh kabab is a delicious, juicy Pakistani kebab variety made with a combination of minced meat (typically lamb), onions, garlic, ginger, coriander, lemon juice, yogurt, and garam masala. The spices used in the dish can be modified according to personal preferences.. 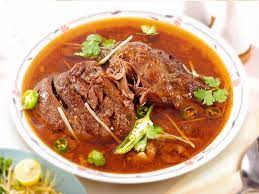 Nihari is a popular meat-based dish originating from Old Delhi. When Pakistan gained independence in 1947, numerous immigrants from Delhi settled in Karachi, where they established their own restaurants, so nihar is also associated with Pakistani cuisine.

Beef shanks that are slowly cooked in numerous spices  such as cumin, cloves, garam masala, and cardamom in big vessels which are sealed with dough. It takes anywhere from six to eight hours for nihari to be cooked properly, and it is traditionally consumed for breakfast, since the name of the dish is derived from the Arabic word nahar, meaning morning. 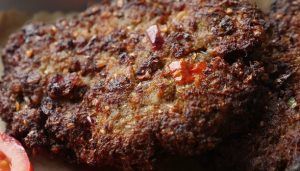 A specialty of Pashtun cuisine, this spicy meat patty is prepared with a combination of minced beef or mutton. The unique taste of chapli kabab comes from spices such as dried coriander and pomegranate seeds, green chillis, and mint. Its name is derived from a Pashto word chaprikh, meaning flat, and even though chapli kabab is often said to have originated in Peshawar, today it stands as a favorite throughout Pakistan, Afghanistan, and India.

Hareesa is a traditional dish, with a base of finely ground wheat, meat, and different herbs and spices. It takes quite a lot of effort to make it, hence, sometimes it’s smart to just head off to Amritsari Hareesa in Gawalmandi Lahore to fulfill your craving for this traditional dish. 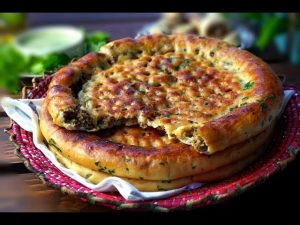 Qeema Wala Naan can be enjoyed as a snack, or a whole meal, according to your preference. Best eaten with plain yogurt or raita, Qeema wala naan is usually taken during breakfast or lunchtime.

Mujahid Taj Din Nan Bakers in Mozang Bazaar of Lahore. What’s special about Mujahid Taj Din is the fact that the shop has been there since pre-partition, and still holds its rich heritage in place by serving the best qeema wala naans in Lahore. It’s a must-try, considering it has been passed on to generation after generation and their naans are loved by everyone! Another Qeema Wala naan must-try is from 5 Star Nan Shop, Feroz Pur Road. 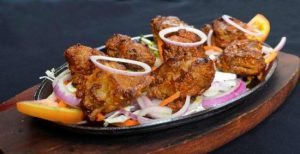 Mutton Tikka is a boneless Mutton meat piece, barbecued on the grill to make it tender and soft. A lot of restaurants in Lahore have tried to make a name for themselves in this department, and believe us a lot of them are great!

But nothing beats a small tikka shop in the heart of Shadbagh, called Gujranwala Tikka Shop. Nothing within Lahore comes even close to their tender and juicy mutton tikkas, enjoyed with fresh salad and raita, and of course rotis or naans!

4 PLACES TO GET HOT POT IN KARACHI

A good hot pot night is what you need if you're looking to trying out a new and scintillating food experience. A simmering pot of broth with plates of meat, seafood, noodles, and vegetables ready to be cooked in...

THE 11 BEST PIZZA PLACES IN LAHORE

For a delicious piece of pizza, we've compiled a list of the top eateries in Lahore. If you live in a town like Lahore, it is easy to discover dining spots like a pizza restaurants.  A soul-satisfying pizza slice...

Are you trying to get back on track with calorie meals? If that's the case, then these 5 easy 500 calorie meals will help you fall back in the healthiest way possible and aid in your weight loss journey....

7 EATING HABITS TO OBSERVE IN MONSOON

Considering how HOT it has been, monsoon has brought in a few days of relief. But this beautiful weather also brings it's fair share of health problems too, which is why were sharing 7 eating habits so you can...