Aiman & Minal Khan may have top tiered stylists working with them right now, however this was not the case when they started their showbiz journey a decade ago. So much so that the girls have literally gone through a major style evolution. Where Aiman Khan is the most followed Pakistani celebrity on Instagram right now, Minal Khan is showing us her acting prowess. And together the sisters have a joint online venture @aimanminalcloset selling fashion. It’s funny how time changes.

So how did Aiman and Minal Khan get to where they are? Well we sort of tracked their fashion journey, which was very interesting. 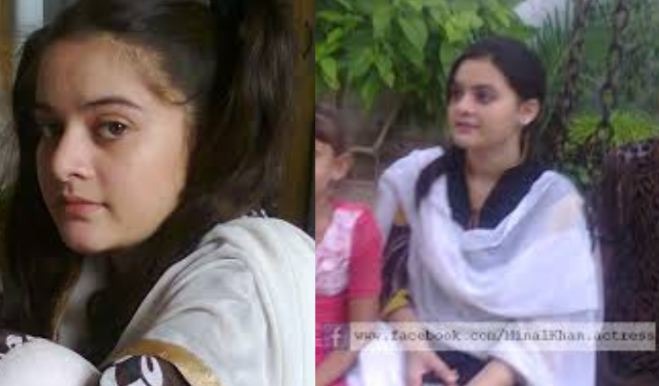 Twin sisters, Aiman & Minal Khan were born in Karachi. Aiman Khan debuted in Mohobbat Jaye Bhar May with Sajal Aly in 2012 and Minal Khan as a child artist in Kash Main Teri Beti Na Hoti. They belong to a simple family, therefore the girls were very young at the start of their career.

Both the sisters worked together in Man Ke Moti along with other projects. Even then the girls were not clear about their sense of fashion as they were mostly dressed up as their characters.

Having started their showbiz career at such a young age, the girls needed a mentor to help them find themselves and experiment with fashion, beauty and makeup trends.

Even though the girls were riding on a lot of projects but they were struggling to find their ground in the industry it seemed with very little room to experiment with their looks.

By this time the girls had definitely started shedding those extra pounds and working on improving their image as actors in terms of their appearances as modern day women in the media.

2017 kind of marked it for the sister duo because they were reveling in their success and the industry had started noticing them (for their work) and their looks too.

one word. wow! 2018 was definitely a year of transformation.

By this time the girls had absolutely made it. They were looking gorgeous than ever.

Today, the sister duo are the talk of the town. Aiman’s married to Muneeb Butt, and Minal’s is getting reviews for her work in Jalan and working on other projects as well. Other than that, they #AimanMinalCloset is a brand that emanates the girls fashion choices.

As the chilly weather subsides in the following days and weeks, you may start looking for outfits that are versatile, yet functional. The all-new GulAhmed Crepe de Chine Collection might be the one for you. Each unstitched ensemble in...