Recently, Amir ‘King’ Khan visited Pakistan along with his wife, Faryal Makhdoom. Amir Khan is an internationally acclaimed boxing champion who rules the hearts of many Pakistani men and women alike. During his trip to Pakistan this time around, Amir Khan was engaged with numerous ventures. One of which, being the face of the campaign for the recently launched international brand Pepe Jeans London. For the campaign, Amir took part in a shoot for the popular weekend magazine, Sunday Times. The entire shoot was done by Faisal Farooqi (Dragonfly) and was styled by Haiya Bokhari. 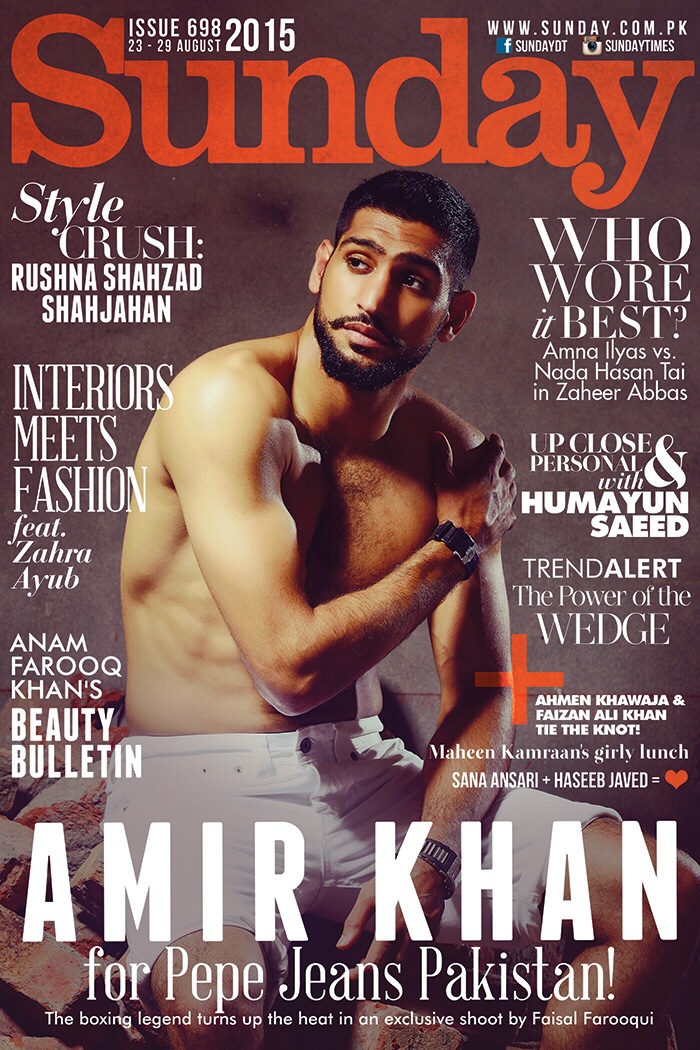 Guess what? SiddySays not only got hands on the images of the behind the scenes of the shoot, but we got the exclusive chance to sit with Amir Khan and Faryal Makhdoom for SiddyTv and we will be bringing you the full interview on our channel real soon. So stay tuned! In the meantime, here is the behind-the-scenes look at Amir Khan for Pepe Jeans featuring Amir, his wife Faryal  and Saad Akram the young and talented entrepreneur behind Pepe jeans, the Sunday Mag team and all included in bringing the shoot to life. The cover will appear this Sunday don’t forget to get your copy!!