CHECK OUT OUR 5 FAVOURITE MOMENTS FROM CANNES 2018

The Cannes Film Festival drew to a close with some of the best and worst, to the most shocking moments this year. Since this festival is literally the world cup of movies, so we were ready for sleep-deprived, fashionable and eye catching moments. There was a strict selfie ban (well, that’s policy), and then we saw marches to protest sexism, racism and unequal pay opportunities, so Cannes 2018 really did have plenty of “talking points” for us to muse about. Here are our five favourite moments from Cannes 2o18.

Let’s face it, Mahira Khan attending this movie-fueled/fashion extravaganza from Pakistan was one of the best things to have happened to our fashion industry, hands down! She had her moments on the red carpet, strutted her walk amongst the people we only deem to see in real life and came back home feeling, and making us swollen with pride for her achievements as a woman who was totally “worth it”.

You’d never imagine this happening on the red carpet, but it did when 82 women led by Cate Blanchet walked up on the Palais and protested against the discrimination and pay inequality that female filmmakers have been facing in the 71 years of Cannes history as compared to the male filmmaker. So, these women of steel stood up for change which might happen over time, we say.

CHILD POVERTY IN THE SPOTLIGHT

That’s a strict code dress, and the last time we saw Julia Roberts walk in defiance, so what if Kristen Stewart was on the Jury and she also rebelled against the dress code? The radical girl took her heels off after posing for photographs and walking down the longest red carpet – and it only seemed fair to us because it’s not easy being a girl, and that also, an actor!

THE POWER OF BLACK

16 glamorous women took their story of being ignored and staying limited in the French cinema due to the lack of inclusion and given preference to “French identity” over their colour protested. They also highlighted the #metoo campaign, a burden which only these women carry. The idea was to fight for “cinematic roles” not only as prostitutes and maids but also as lovers and lawyer in the French cinema. 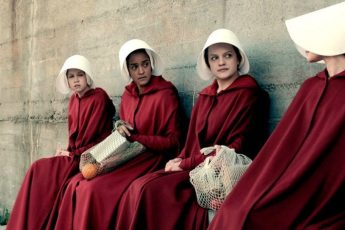 HOW NOT TO BREAK UP