The latest episode of Dil-e-Momin starts off with Maya talking about how much she loves Momin with her house help. She sits and talks about how restless she feels as she hasn’t seen or talked to him since one day and how she truly loves him.

However, she’s quite delusional as she believes he loves her back. This episode, however, reveals that Momin feels the exact opposite of how Maya feels.

MOMIN MEETS THE IMAM OF THE MOSQUE 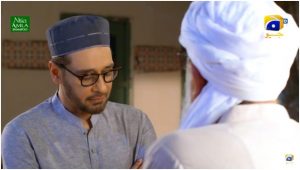 The imaam of the mosque whom Momin’s father spoke to comes to meet him and comfort him that everything will get better. Momin feels helpless as he can’t seem to find a way out of his predicament however, the imaam assures him that he will indeed find a way. He tells him that God always shows us the way.

GOHAR PICKS A FIGHT WITH MOMIN 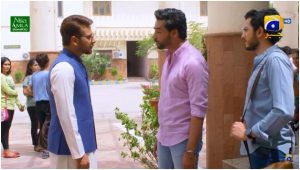 Gohar can’t control his anger when Momin shows up to university and accuses him of flirting with Maya. Momin feels completely disrespected by this false accusation by a student no less. Soon Momin realizes how Maya took his words out of context.

MAYA IS EXCITED TO SEE MOMIN AT THE UNIVERSITY

Maya comes to university all excited and dressed up with a rose in her hands to meet Momin. Momin however gives her a quick reality check and tells her to let go of all her delusional thoughts. Maya is shocked to know that he doesn’t love her and is even more shocked to know that Momin is in love with someone else. 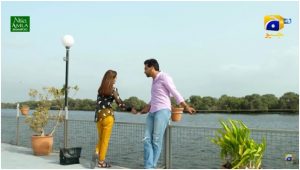 Gohar finds Maya and tells her he can’t leave her alone because he loves her in any condition. Maya however tells him not to expect anything from her as she doesn’t love him. She still believes that Momin has feelings for her but does not want the university to know. Maya is not going to give up trying for Momin. Gohar makes Maya promise that the day she loses her love she will turn towards him and hold his hand. 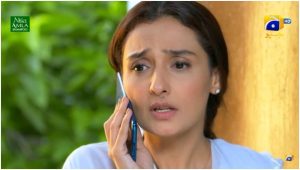 Aashi calls Momin and begs him to do something soon as things are now escalating. Momin reassures her that God will make everything better but Aashi hangs up the phone. Aashi is not so sure about how thingsd will end for them after she catches her father talking to the imaam.

MAYA TELLS MOMIN THAT SHE WILL END ALL CONTACT 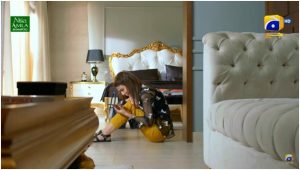 Maya calls Momin and when he doesn’t pick up she sends him a voice note saying she won’t bother him again. However, she says she will always love him and recalls the last phone call they had. She refuses to believe that those words were for someone else. She promises him that he will never see her again and makes him realize just how much of pain she is in.

Will Momin and Aashi’s predicament come to an end? Will Maya really leave Momin alone? To find out more keep watching this space for more reviews and don’t forget to watch Dil-e-Momin every Friday and Saturday at 8pm, only on Geo Entertainment.