Dobara continues to be an entertaining drama with some interesting twists every now and then to keep us hooked. The story, however, took a dark turn as we got to hear about Mahir’s true intentions clearly. The episode, last night, revolved around Mehrunnisa(HadiqaKiyani) and Mahir(Bilal Abbas) and showed both of them taking contrasting actions. While we see Mahir planning to get his hands on Mehrunnisa’s wealth, Mehrunnisa, on the other hand, was shown taking care of his father (Shabbir Jan) and defending Mahir in front of Phuppo (Sakina Samo). 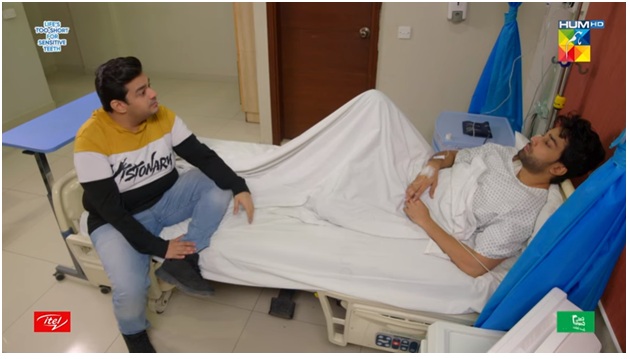 MAHIR WAS SCHEMING SINCE DAY 1

Mahir has won Mehrunnisa by taking the bullet and not taking Affan’s name in front of the police. Now he knows that he has found the way to Mehrunnisa’s heart and she will trust her fully. He shares everything with his friend Babar and also tells him that it was a part of his plan to do something risky like that when Affan (Usama Khan) comes back and reacts to their marriage and he got the opportunity he needed. He tells his friend that he has no feelings for Mehrunnisa and is only putting up a show. His father also overhears the conversation when he comes to pay a visit but doesn’t share about it with anyone. 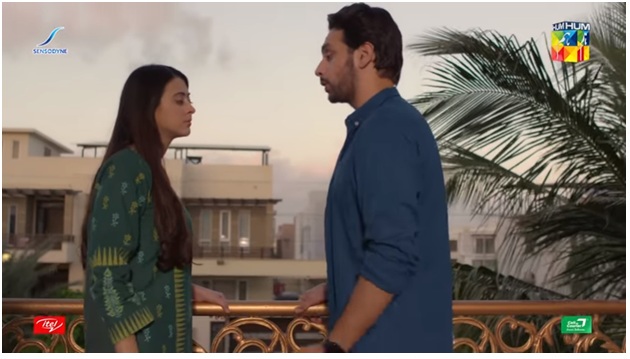 SEHAR TRIES TO CONVINCE AFFAN TO COME BACK HOME

Sehar (Sabeena Syed) tries to convince Affan to stop being angry at his mother and think about going back. She tries bringing some sense into Affan that if he continues to be so egoistic, Mehrunnisa might give all her wealth to Mahir. She makes him realise that to kick Mahir out of his mother’s life, they have to be at their house. She also takes him to Minal’s (Maheen Siddiqui) house, where everyone suggests Affan to go back without further delay. Sabeena Syed has been convincing as Sehar and translates her character on screen with perfection. 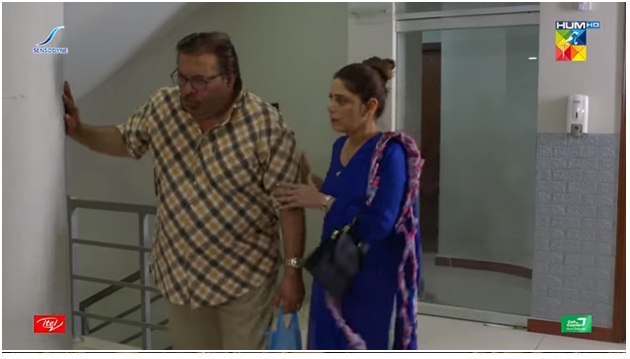 MEHRUNISSA IS WORRIED ABOUT JAHANGIR’S HEALTH

Mehrunnisa observes that Jahangir (Shabbir Jan) wasn’t feeling well and arranges an appointment for him with a good doctor. Jahangir is reluctant to take help from Mehrunnisa since he is aware of what Mahir is planning to do with her and seems to be guilty because of his son. He also calls Mehrunnisa to tell her the truth about his son’s plan but fails to do so. The scenes between the two were truly heart-warming.

Overall, it was another intriguing episode with some revelations. Bilal Abbas has been phenomenal so far, with an impressive portrayal of Mahir throughout. From being a casual and carefree person to someone who masks being in love with Mehrunnisa, without feeling a single emotion for her, Bilal Abbas did it all convincingly. He was so good at it that not just Mehrunnisa, we as an audience also felt that he was truly in love with her until he started sharing about it. HadiqaKiyani is also brilliant as Mehrunnisa while the supporting characters are also doing a decent job to make it further interesting.

With Mahir and Affan back in the house soon, the entire equation will be an interesting one. We will have to wait for next Wednesday 8 PM to find out more about it.