Dobara is a drama that grabbed our attention since its first episode went on air and it has kept us intrigued throughout. The initial episodes focused on the challenges widow women face when they think about remarrying and there are still some dialogues and scenarios that hint towards their problems, though the focus has now shifted to Mahir (Bilal Abbas) manipulating Mehrunnisa (Hadiqa Kiyani) to his advantage with his sweet talk. 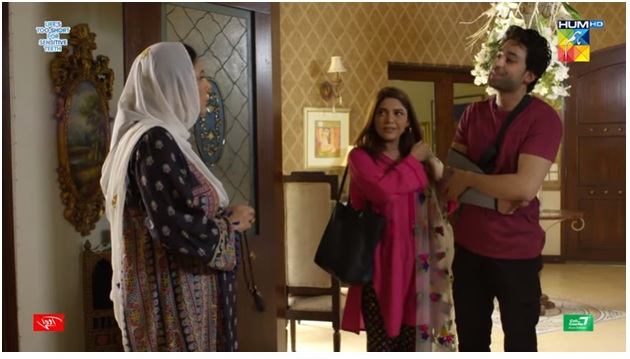 Mahir is discharged from the hospital and now returns back to their home. As they enter the house, they are welcomed with Durdana Apa’s (Sakina Samo) taunts. However, Mahir replies back and asks her to leave if she cannot bear his presence in the house since he was here to stay.

DURDANA APA CALLS AFFAN AND ADVISES HIM TO COME BACK

DurdanaApa overhears Mehrunnisa and her friend discussing about how Mahir had gained her trust. She also hears about how Mehrunnisa was thinking about giving Mahir all the authority and hold over the business and house. She immediately calls Affan (Usama Khan) and tells him about her mother’s plan and asks him to leave his ego aside and return before it’s too late. 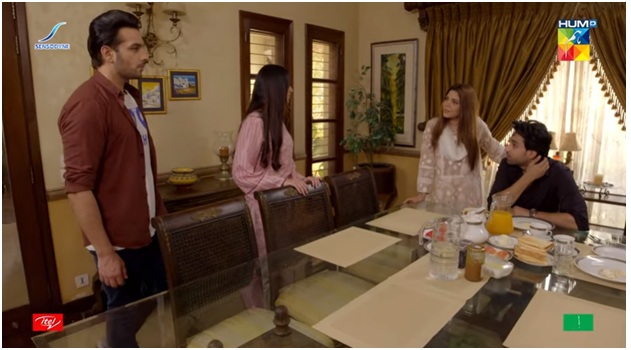 After Durdana Apa tells him about the situation at his house, he tells Sehar (Sabeena Syed) to get ready to return to their home. They return and see Mahir sitting on his father’s seat having breakfast with Mehrunnisa. Mehrunnisa asks Affan to apologize to Mahir but he refuses and tells her that he would never do that. Affan believes that Mehrunnisa betrayed his father since after just one year of his death, she remarried. Mehrunnisa tries bringing some sense into him and tells him that she was always loyal and honest to her husband in his life, and now after he is dead, she is free to do whatever she wanted to do. 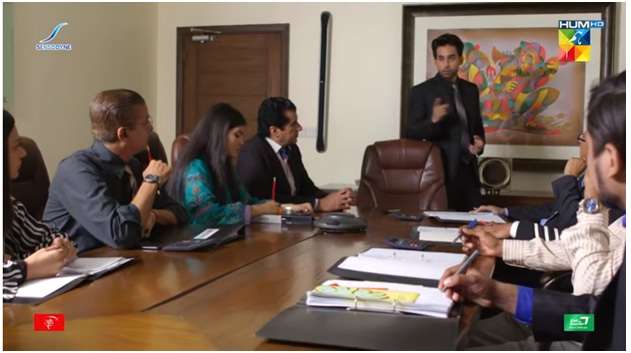 MAHIR BEGINS TO GET A HOLD OF THE FAMILY BUSINESS

On the very first day of rejoining the office, Mahir got back to business. He called a meeting and showed everyone who was in control now. His body-language and his attitude resonated confidence and a resolve to make everything his. He knows that he has Mehrunnisa’s back now, and hence, he was not fearful of taking any decision including ones that involved Zameer (Nabeel Zuberi).

Dobara is moving at a steady pace with important developments in each episode. Bilal Abbas is nailing this layered character and we are totally enjoying watching him as Mahir unfolds his true self. His has acted brilliantly in Dobaraand his performance stands out among other actors in every scene. Meanwhile, Sabeena Syed is also giving a solid performance as Sehar. With Mahir rejoining office with an aim to get hold of everything, it will be interesting to see what and how Affan will do to prevent him from doing so.

We will have to wait till Wednesday 8 PM to find out what there is in store for us in Dobara.