Dobara drama is HUM TV’s prime hit airing every week on Wednesday 8:00 PM. It’s one of the magnum opus by Momina Duraid with a unique storyline that has swept the internet by storm. Bilal Abbas Khan plays Mahir and Hadiq Kiani plays Mehru in the series, which is exquisitely directed by Danish Nawaz and brilliantly written by Sarwat Nazir. 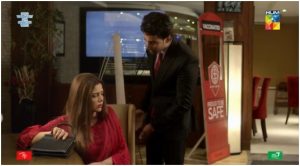 So, in the latest episode, Mehrunnisa(Hadiqa)runs across Zameer(Nabeel) and Nadiya at a restaurant. She is now very much concerned, as any mother should be. Mahir(Bilal)consoled her to handle the problem with best of his abilities. 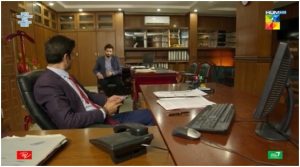 Despite the fact that Zameer cheated on Minal(Maheen), he feels guilty about it. He confronts his brother Aziz. He decides that marrying Nadiya will not save his business but will results in loss of his love.

Minal, on the other hand, was not willing to be flexible at all; she had always been a reasonable girl, but Zameer had utterly indoctrinated her. Out of her loyalty with her husband, she devised a plan to assist Zameer. She requests that Mahir transfer her stakes in the company to her. 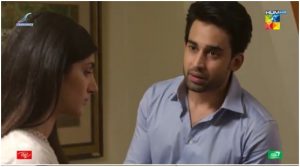 The meeting between Minal and Mahir was extremely fascinating. Mahir has a way with words and is excellent in the role! Minal was also not as hostile toward him as she is towards her mother. 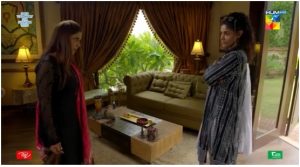 Naheed(Angelina) and Mehru had the most essential meeting! Mehru was visibly touched by what she said, despite the fact that she dealt with her confidently and tastefully. That is why she later spoke with Mahir. 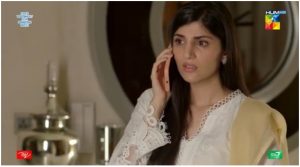 Affan(Usama) and Minal finally had a discussion about what had happened. Affan supported Mahir and chose to reveal the information to Minal, which completely changed his perspective. Minal idolises her father in the same way as Affan did, thus this will come as a shock to her as well. 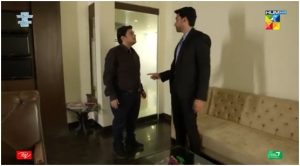 Babar(Mojiz)has a job interview with Mahir. Mahir does not treat Babar well, but he does provide him with employment. Babar got impressed with Mahir’s authorities and reminded him the reason of marrying Mehru turned out right. Mahir reminded him that he married Mehru because he loved Mehru not because of her wealth. Was he assuring it to Babar or himself?

Overall, this episode of Dobara was interesting, with a number of relevant talks. Despite the fact that everything is explained clearly, the drama does not have the same appeal as it did a few weeks ago. Some of the scenes are redundant. The next episode’s preview seemed intriguing. I’m curious to see how Narmeen(Zoya)and Mahir’s unexpected encounter turns out.

Have you seen tonight’s Dobara episode? Please share your thoughts about it.