Dramas like Dobara graces our TV screens once in a while only. It’s one of those dramas that have it all, the quality content, gripping storyline, strong emotional dialogues, stellar cast and impressive acting skills by everyone, not to forget the impressive cinematography and grandeur sets.

Airing every Wednesday at 8:00 PM, the drama has managed to score TRPs by the time its first episode on aired. The unique storyline has invited drawing room discussions to social media conversation.

Bilal Abbas Khan as Mahir and Hadiq Kiani as Mehru won the audience and all credit goes to drama maker Danish Nawaz and writer Sarwat Nazir for the success.

So the latest episode was all about Mahir’s commanding presence and intelligent handling of every issue. The episode starts with Nayyara and Mehru’s discussion about Mehru’s incompetency to give a heir to Mahir. Nayyara knock some sense into Mehru’s by saying 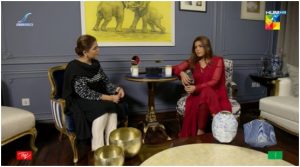 The showdown between Mahir and Anwar provided much-needed closure. Mahir responds to Anwar’s remark of marrying a wealthy widow by reminding him of how he married Naheed(Angelina) and how he is combining his firm with Anwar’s. 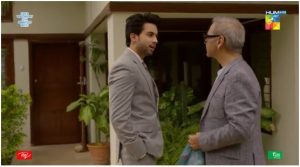 Anwar turns around and urges Naheed to refer to Mahir as “Our Son” and re-establish contact with him. The reaction of Mahir’s stepfather was unexpected, but not unexpected. Money, alas, wields enormous power! 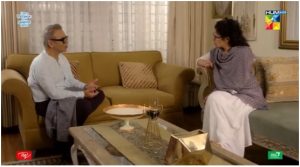 Mahir approached Nadiya and told her bluntly that Zameer and his brother are only interested in her money and that marrying Zameer(Nabeel) will not bring her piece of mind because he only loves Minal(Maheen). The talk goes well, and Nadiya(Hira) promises to back up her words by saying, “I don’t want to get involved in any business arrangement.” 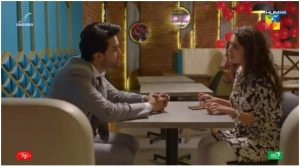 Zameer required more of a wake-up call to get back on track. Mahir pacts with Zameer after dealing with Nadiya; he offers him a project that he couldn’t refuse. Zameer promised to always stay with Minal. Everything set out straight by one small transaction. 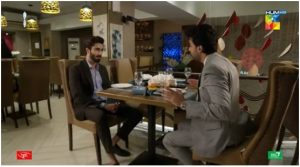 Hidayatullah’s truth is discovered by Minal. She follows Affan’s directions and locates the box with memories of Hidayatullah’s(Nauman) previous relationship with another lady. This upsets her. But it all works out in the end. This 20-crore squabble has finally brought Zameer and Minal closer together. 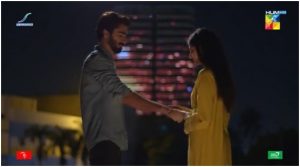 Tonight’s track for Mahir and Mehru took an unusual turn. Mehru’s conversations tonight were the most significant. 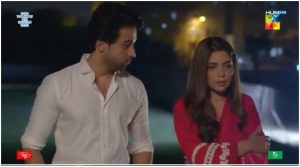 The meeting between Mahir and Narmeen(Zoya) was the highlight of this episode. This sequence was made even better by the beautiful OST playing in the background and tremendous performances from Bilal Abbas Khan and Zoya Nasir! 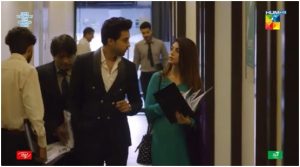 Bilal Abbas Khan’s facial expressions were particularly impressive. With those expressive eyes, he said so much, and the way he was lost after seeing Narmeen was beautifully translated on screen! 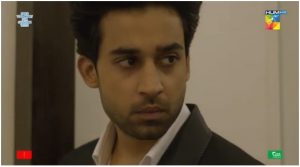 If you haven’t watched yesterday’s episode, here is the treat for your eyes!