After seeing so many recent dramas with shoddy direction and miscasting, Danish Nawaz’s direction and casting has outshined for Dobara, a drama series on Hum TV, with a progressive perspective on marriage with an unusual storyline. The performance of Hadiqa Kiyani and Bilal Abbas Khan convinced the audience that they are a perfect combination.

So in the latest episode, Mahir (Bilal) appears to be sending confusing signals yet again. This was another episode demonstrating Mahir’s superior problem-solving abilities and ability to obtain what he desired. 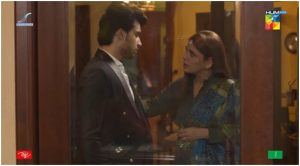 In the opening scene of today’s episode, Mahir praised Mehru(Hadiqa) just like the way she expected him to do. He was soon revealed to be Minal’s (Maheen)and Zameer’s(Nabeel) father figure. We got to see these four as a family for the first time. 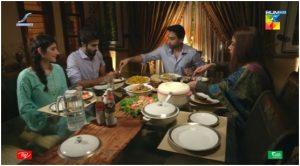 Mehru compliments Mahir that despite being much younger than her, Mahir is significantly more mature than many of his peers. He has had to cope with real-life challenges since he was a child and has had to fend for himself on numerous occasions, so navigating his way out of difficult situations is second nature to him. 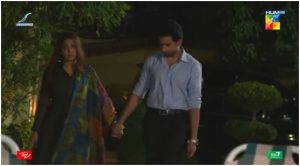 The tea scene was one of my favourites because it was so well-acted. 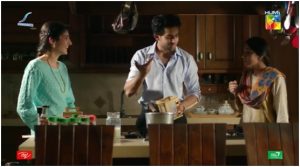 Narmeen (Zoya)can’t get her mind off her encounter with Mahir. Given her history with Mahir, can she work in a position where Mahir is the boss? 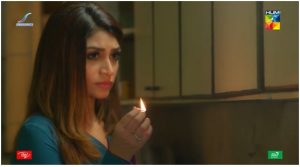 Narmeen has already left Zaman, and although she desperately needs the job, she decides that she will not work for Mahir. Despite her circumstances, she resigns and leaves after only speaking with Mahir once.

After Narmeen’s resignation, Mahir loses his cool and vents his rage on Mehrunnisa and shalu, as he came to know that Mehrunnisa isn’t home and gone to Faisalabad without informing him. 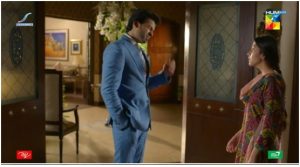 Mehru had no idea what was going on, but she could tell something wasn’t quite right about Mahir’s actions.Mahir’s reaction, on the other hand, indicated his disturbed and perplexed mental condition. 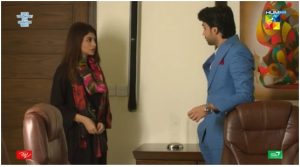 The episode of Dobara that aired tonight was entertaining and intriguing. Even though Mahir showed more ‘interest’ in Narmeen than expected, Mahir and Mehru’s on-screen chemistry and connection grabbed the stage after a long time.

Because Mahir, Narmeen, and Mehru’s triangle is unlike any other, it’s difficult to foresee how the drama will conclude. Will Mahir and Mehru have a happy ending, or will Mahir and Narmeen end up together?

If you missed yesterday’s show, here’s your chance to catch up.

DEODORANTS VS ANTIPERSPIRANTS | ALL YOU NEED TO KNOW

Have you been wondering if deodorants and antiperspirants are the same before coming across this post? Your life has been a lie up till all this time. Both of them serve different purposes to keep the hygiene of your...

HUM TUM EP 11: NEHA IS TAKING YET ANOTHER WRONG STEP

Hum Tum continues to deliver the laughs with every episode. The show can best be described as ‘wholesome entertainment’ that the entire family can sit and enjoy together. There’s something here for everyone. There’s at least one character that...

7th Sky Entertainment’s blockbuster Aye Musht-e-Khaakis the latest addiction for drama buffs. The drama, which was beautifully written by Maha Malik, follows the journey of two completely different characters as they explore the issues of faith, love, and deception....