The three episodes of Ranjha Ranjha Kardi have already built a lot much momentum, so naturally we were eagerly waiting to watch and dissect episode four for you. From the cast, to the script and the performances, it didn’t take much from me to realize how fascinated I was for those 39 minutes and 22 seconds and we have all, and more good things to say about Ranjha Ranjha Kardi up til now and how the episode unraveled.

The fourth episode went with the flow with the previous episodes and has introduced a few new supporting actors, and might we say that they fit into the plot well. So far, Noori is deeply in love with Sahir, but Sahir has blatantly told Noori that he deliberately staying away from her because his parents would not approve of her because of her background. And even though that comes as hurtful and shocking to Noori, she is willing to change her life and cast everything aside just so she can end up with Sahir. Sometimes we find Sahir’s character a little mysterious because Syed Jibran talks about his family from a right-winged perspective so you are bound to wonder of their presence in the show and the inter conflict and complexity of his character.

Bhola has yet again fled and this time he has run away with his mother’s gold bracelets so he can lure his love, Mumtaz Begum into marrying him. However in actuality we know that Mumtaz Begum is using Bhola but he doesnt see that. And on the other hand, Bhola’s mother is protecting her son and yet she is sharminda for his behaviour since she can’t do much about it except for surrender to his pattern of disappearing. But Bhola has stolen from his mother so this may be a turning point for the entire family and how he is played by Mumtaz Begum. Moreover, as the story unfolds, we see that Bhola and Noori are entwined in their love stories with people who they might not end up with, but you anticipate the twists and the struggles that they would be facing in order to attain their love, and that’s what makes Iqra Aziz and Imran Ashraf very powerful characters.

Despite all this, there is one character who we love to hate and that is Shoka! Noor ul Hassan has emulated all the filth and dirt into his character and presented himself in a role that he is brilliantly playing. He’s sick and raunchy and we cant wait to see the cat and mouse chase between him and Noori. Shoka has offered Noori’s father Rs. 1 lac in exchange of giving Noori to him as his wife and that’s how the episodes end when Noori’s mother tells her about the promise and exchange.

To sum up, the way the fourth episode ended means that we’re going to see all the characters go through a huge hassle and probably because of it we will we understand why and from whom we saw Noori running away in the first scene of first episode of Ranjha Ranjha Kardi. So, stick around for the review of episode 5 next week to see how Noori and Bhola’s story collides! 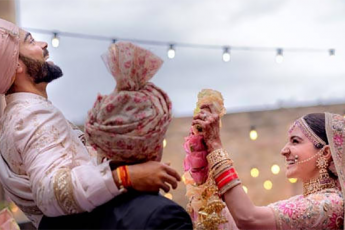 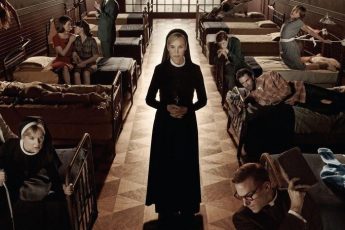