EHD-E-WAFA EP#16 IS PROGRESSIVE YET EMOTIONAL

We have 3 words for last nights episode of Ehd-e-Wafa; progressive, emotional and refreshing. Because it was a well-written, and a smart portrayal by all the characters who played their respective roles, big or small, without any exaggeration, to the T. And what we particularly enjoyed about Ehd-e-Wafa is that, even though it is fast paced, as the audience one doesn’t loose track of the story line or of the character on screen since it’s evident that Saad and Shahzain are the leading roles amongst Shehryar and Shariq, the past episodes have aligned each one of them them in the script. (FOMO)

Anyway, there were many thing to like about episode 16, from the thorough life at PMA, being reprimanded for not following the rules, to the extensive training and the passing out parade goes to show us a glimpse of the the lives of men in the military and how it shapes their future. Moreover, the episode also highlighted the importance of family and togetherness when it came to Dua’s stuggles once she learnt of her adoption and the actions she took to do things the right way.

WHEN THE SON BECOMES THE FATHER

The interaction between Saad and his father was very heart warming to see and quiet emotional as well. From getting expelled with his friends to wading through army school, Saad proved his mettle without losing sight of his values and goals, and that was visible in the past episodes when it came to standing up for himself. (And we secretly can thank Dua as well for that – you know why!). We were glad to see that they had to decided to focus on their careers rather than blowing up everything, which is an important lesson for every generation to follow. Ahad Raza Mir has surprised us with each episode, because he can act, it’s in his genes. Faraz Inaam, is always a delight to watch and both Ahad and his chemistry is not just a father-son relationship, but it’s one that is revered!

Whilst Raheel was threatening Dua over losing everything if she did not marry him, was a typical move, however what happened next was something that we were not expecting. Though Dua gave in to his chauvanism and bullying so she could agree to marry him, her being able to stand up for herself with her mother was a very smart move, and that was perhaps our favourite scene. Thankfully both the ladies were wise enough to put everything out in the open rather than giving in to a disgusting man, Dua and her mother freed themselves from a shackled mindset and messed up family dynamics. And we love nothing but watching a woman holding her own! So bravo to the writers for showing everyone the right way to do things.

GULZAR AND HIS HONOR

(An apt title for the light hearted laughter and jokes that the character Gulzar has brought us throughout), Gulzar who comes from a small background with uneducated parents, earns himself an honorable title and position. Their surprise, shock and emotions were genuine and brought us to tears.Their scene was terribly sweet and poignant and a lesson that a great reward awaits for all those who struggle and persist.

SHAHZAIN HAS FOUND A PURPOSE AND RANI IS GIVEN A MISSION

Before getting married to Rani, Shahzain was lost, however in this episode it seemed like the has found a purpose, and is willing to do something to become the man. It’ll be nice to watch him grow out of the rut that he’s been dwelling in, hopefully. Things might become a tad bit complicated for Rani because of her father and brothers involvement in small town politics. We thought that Rani’s comic timings were a bit off in response to what her father said to her. She clearly didn’t take it seriously and perhaps that’s what her character requires her to do, she’s a filum, but maybe that was not the right time?!

Let us know what you thought of episode 16, Ehd-e-Wafa in the comments below! 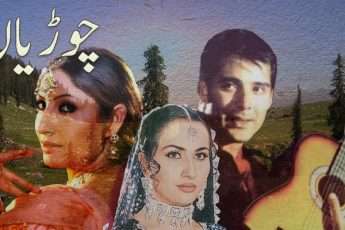 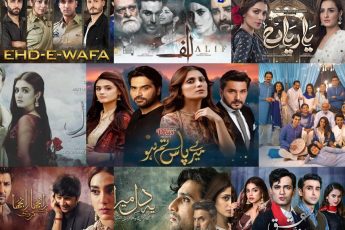 Best Pakistani Dramas 2021 - All You Need To Know