EHD-E-WAFA EP#4 HAS KILLED THE BROMANCE

Last night’s episode of Ehd-e-Wafa was a wee bit fast paced than episode 4 in terms of drama and the story to evolve. Saad and Dua finally communicate like two normal people without running away or muted expressions, Shahzain’s character was seen hovering in most parts of the episodes, with Shariq and Sheheryar barely in the picture, and Rani was there with her great comic timing to add the light element of her role alive. However, behind all the scenes, its clear now that SSG is done and over with (for now, we hope) and all four boys will now be leading their own stories.

Saad and Shahzain have the most screen time which means that we got to see more of how these two boys will head in their ways. With everything that has happened Saad is not ready to forgive his friend therefore he is on his own now in an effort to make amends with his father by opting to go in the Army. Even though he secretly misses the SSG, but for the most part Saad wants to sort his life out whereas Shahzain is spending more time with his grandfather and is seen dealing with important matters. Shahzain’s character so far has suffered more blow out than the others. Apart from his cold behaviour he has also had to surrender to the misery Sheheryar’s father felt. So, you sort of feel the SSG falling apart for good since each parent wants the best for their child.

It was nice to watch Dua and Saad talk it out for a change. Ahad’s portrays the innocence of a smitten teenage boy adorably and Dua did manage to pull a scene off without rushing away or give angry looks. Thankfully Alizeh had something substantial to add to her role.

Zara continues to play with her parents but it was nice to watch her interest outgrow to a boy she was compelled to spy on. Shahzain’s brashness to wed Dua did leave a bitter taste in our mouth, but we’re hoping for a fun element to alter the scenario where and when he decides not want to marry Dua and meets Rani instead.

Shahzain’s grandfather gave him  some wise advice and it was nice to watch him instill some sense in the young boy so he can do right by everyone instead of simply being ego maniacal. Also he is not thinking straight otherwise he would want to hit on or marry a girl he was messing around with for Saad.

Ehd-e-Wafa episode 5 had its merits. Osman Khalid Butt as Shahzain looks mature for his age, just temperamental, Ahad fitted well into his role, Vaneeza I hope has more meat in her role in the upcoming episodes and Rani was fab as always.

Let us know what you thought of this episode. 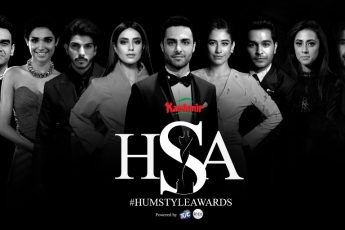 « Previous post
YOUR SHAADI PREPARATIONS ARE NOW ON YOUR FINGERTIPS. THANK YOU, SIMSIM!
Next post »
ALIF EP#3 FOCUSES ON THE TRUTH BIGGER THAN US