OUR FAVOURITE CELEB “WEDDING MOMENTS” OF THE YEAR 2018

Who doesn’t love weddings, especially when it’s a celebrity wedding, especially of the one you were religiously stalking on Instagram! That’s right! 2018 saw a fantastic year for couples who finally tied the knot in the hopes of a new life with their best half.  Each wedding was different and special for various reasons with their “wedding moments”.

So here’s a round up of 5 of our favourite celebrity weddings and the moment that cozied our warm hearts this December!

Their wedding gala was watched nation-wide because it was like a fairy tale, where a plain maiden married the prince from her dreams, and no one could actually believe that Meghan Markle would soon transport to the Buckingham Palace straight from Hollywood. Even though, there are countless moments from the royal wedding that we can list, but the ones that have stood out for us is the PUBLIC DISPLAY OF AFFECTION. That’s right! Despite the royal protocal, we’ve seen Harry and Meghan engage in sweet loving exchanges post-marriage, so we can’t help but gush over how much love they are in with each other! With their love on display, these two embarked on a new royal journey that’ll pave way for more sweet moments such as these by the future little prince and princess!

When our favourite couple from B-town announced their wedding dates, the entire social media went on a frenzy, and continues to go ga-ga over stolen moments of Deepika and Ranveer. Probably it’s just the sheer excitement of seeing these two together like North and South Pole is a dreamy affair. From their four-day hush hush wedding from the papps in Italy to the parties and celebrations with the Bollywood fraternity, you could see the amount of love and happiness bursting within these two, but with them one of our most favourite moment was when Deepika, very recently introduced her self on the show Famously Filmfare Season 2 as: DEEPIKA PADUKONE, WIFE OF RANVEER SINGH PADUKONE!

Watching these two on the Game of Thrones as each other’s love interest had already got us hooked but when the news of these coming together in real life broke out, was the sweetest shock because it was JON SNOW! Since these two got together, we were hearing cute stories about them and how their love felt like you wish you had. But one of Kit Harrington’s admissions when Rose moved in with him got us in tears: “I’ve moved in with my other best friend, Rose. So, I’m very, very happy, and it’s going well. She has all sorts of ideas for the house. I said to her, because she moved into my house, ‘Look, darling, this is important that it’s our space, that it feels like our space and that you haven’t just moved into mine. Move anything you want around — change anything or chuck anything out.”

These two love birds did not leave a single stone unturned when it came to their wedding festivities. After all if you love hard, go bigger and let the world know! And that’s what exactly our favourite Pakistani celebrities, Aiman and Muneeb, hashtag Aineeb did for their wedding ceremonie(S)! From mayo, dholki, Nikkah, mehndi, bridal shower, a filmy party for the fraternity, then baraat and a valima, we loved every bit of the celebrations. Our favourite moment was to watch Aiman and Muneeb finally tie the knot and therefore every single moment from saying “kabool hai” to lovingly looking at each other, reminded us the power of true love and how it should be cherished for as long as it is lit in your heart!

Priyanka and Nick Jonas’s wedding is also one of those fairy-tale wedding’s that will melt your heart into a mushy ball of fudge and also make you want to dream of something like this happening to you too in real life, no? The desi girl met and fell in love with the one of the Jonas brother’s and they broke out in a series of events from sangeet, to mehndi rasm’s and an award-like event where both the families joyously danced all night celebrating the union of East meets West. And even though we’ve been seeing these two for over a year now making their way on concerts, award nights and just hanging out, our favourite moment was when Priyanka was walking down the aisle with her 75 foot tulle veil, a tear eyed Nick Jonas looked at his wife and you could see a welled up PC holding herself high as she walked towards her future!

#NickJonas wipes away a tear when he sees #PriyankaChopra walk down the aisle during one of their beautiful ceremonies. Tap the link in our bio to watch the full special on @peopletv. ❤️ | 📷: (c) Purple Pebble America, LLC and NJJ Entertainment, LLC 2018. Wedding footage by @CalebJordanLee of East West 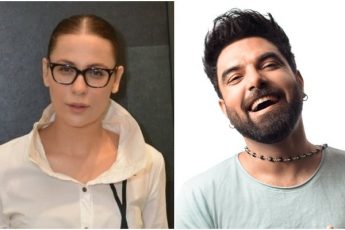 Story Of Yasir Hussain And Nausheen Shah Is Not Over Yet! 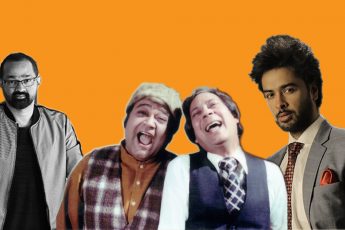 Alif Noon Remake Is Coming Soon With A Big Surprise