We stroll down memory lane today and revisit the golden era of PTV from the 80s and early 90s. This is the time when we saw some incredible Pakistani TV dramas that quickly became classics.

The tech department was poor in those days. However, the production quality along with the depth of script and the level of direction was excellent without a doubt. Today, we take a look back at some of our favourites of all time: 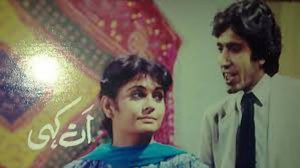 Starring the likes of Shahnaz Sheikh, Javed Sheikh, Shakeel and Behroz Sabzwari, Ankahi was a play loved by everyone. Especially made famous for its witty dialogues and the absolutely endearing character played by Shahnaz Sheikh as Sana won many hearts over. This favourite also served as inspiration for the Bollywood movie “Chal Meray Bhai” later in 2000.