Who is Mush Kaleem? Other than just being forthright, beautiful and smart, there is more to her than meets the eye. And Modelling is not the only thing that beckons her pursuits in life. Mushk intends to divulge in acting as well. So, is that all we know? We’ve heard that she’s fun to be around, and with an energy that’s contagious.

Therefore, we caught up with Mushk Kaleem to find out all about her, what drives her and her future passions.

SS: You have a lovely name what does it mean?
MK: Mushk is Arabic for musk and it basically means ‘fragrance’. My father named me.

SS: How long have you been in the industry and is this something you wish to pursue for a while or do you want to venture into acting or direction?
MK: I’ve been in the industry for a year and a half now. I do intend on modelling for a while before I can dive into acting. I’ve done theatre at The Karachi Arts council and I’ve always been interested in acting. In due time, InshaAllah.

SS: What has been your most memorable shoot?
MK: My campaign with Zara Shahjahan! We shot in Kashmir and she named the campaign after me. It was called ‘مشک by Zara Shahjahan.

SS: Which shoot would you like to forget?
MK: Not a single one. Every shoot that I’ve ever been a part of has taught me something valuable. I am what I am because of the good and the bad experiences.

SS: Who is the most under rated designer in Pakistan.
MK: Everyone in this industry is very talented. You’re only as good as you think you are.

SS: Who would you never work for?
MK: Never say never.

SS: What is your strength as a model?
MK: My confidence and my communication. My mother instilled the importance of these two things in my life at a very young age. It’s helped me a lot in my line of work. Oh, and also my punctuality!

SS: What is the biggest misconception about models?
MK: That they all sleep around to make a name for themselves. Oh, and that we starve ourselves or adopt eating disorders. I don’t know when this misconception is gonna disappear. It’s cliched and it’s very exaggerated.

SS: What is your health mantra?
MK: You can’t have enough water. I eat anything and everything but I make sure I jog it out.

SS: Any advice for upcoming models, photographers make up artists?
MK: For everyone and anyone who is planning of taking a step in the industry, I just want to say that always know your worth. Your biggest competition is always going to be yourself. Believe in yourself, work hard, wake up early and raise the bar for yourself everyday. Self-confidence is all one need. Also, a bit harsh when I say this, but don’t give yourself leverage to mess up. You get one chance, make the most of it. 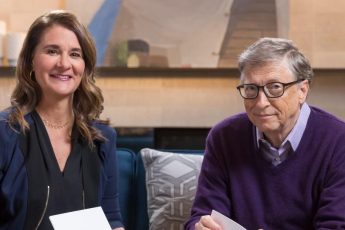 CELEBRITY COUPLES WHO ARE MAKING A REAL DIFFERENCE IN THE WORLD

« Previous post
5 PLAIN KURTA’S YOU CAN STYLE THIS SUMMER
Next post »
THE STYLIST: EID LOOKS WITH MAHGUL