Hum Tum is such a delightful show. Sitcoms like these with funny relatable characters and goofy situations where most of us have been in have only recently started getting made in the country so each time a show like this one comes about, it is a refreshing change. We can’t help but be glued to our screens and watch episode after episode with excitement and enthusiasm.

The show is a simple story about two families who happen to be neighbors. It is usually a girls vs guys situation because one family has three daughters while the other, you guessed it, has two sons. There’s also a commentary on the girl’s father taunting his wife for not bearing sons but it isn’t done in a preachy way. Read onto find out what happened in today’s episode.

During the girls’ grandfather’s birthday celebration, Adam (Ahad) finds out that Neha’s (Ramsha) father wants the family’s car and he wants to pick them up from the milaad they had come to attend. It leads to a funny situation where the girls leave in a hurry after Neha accuses Adam of complaining to her father.

Sarmad, Junaid Khan’s character, is elated that the girls have come to his restaurant. He likes Maha (Sarah)but remains hesitant to tell her how he feels because of his qualification. Maha is a bright university student while Sarmad (Junaid) is merely a graduate. 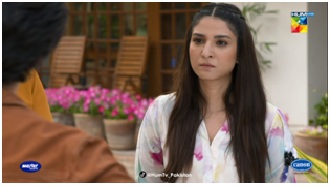 Neha’s expressions when her father finds out about their secret birthday party through Adam are hilarious. It perfectly portrays the more hate less love relationship the two of them have. 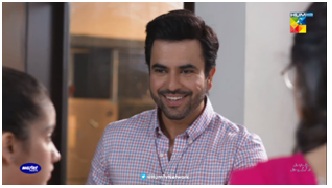 Sarmad’s face lights up when he hears Maha’s father wants Maha to get married. It is hilarious and totally heartwarming. 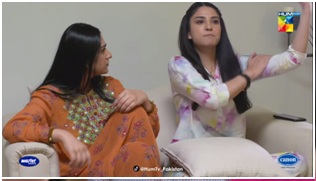 Not one to back down, Neha swears she will take revenge on Adam for ratting them out in front of her father who grounds them and cancels their allowance for the week.

Sarmad’s family itself is a mad house situation. His father sits idle all day placing bets on random things and losing money all the time. This is why Adam doesn’t get along with him and is often rude to his father. Sarmad explains to Adam that his cold behavior towards their father isn’t fair. This shows how responsible he is and how he looks after the family.

Speaking of situations we have been in, Neha orders pizza without telling her father. She instructs the rider to not ring the doorbell or her father would find out. We have all been in that situation which is why it left us in splits when her father finds out. 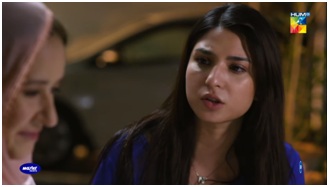 Also, Neha telling her mother about the X and Y chromosomes, the genes that come from the man which end up deciding the gender of the baby, when she says her father often taunts her about not giving birth to a son was powerful and amazing and yet it was done in the most subtle way. Brilliant writing!

Hum Tum is about to become your go-to show this Ramzan after you are done with with the day and want to sit back, relax and have some down time. To read more about the show, watch this space and keep watching Hum Tum on Hum TV Network.