HUM TUM EP 25: NEHA FINDS OUT THAT ADAM IS IN LOVE WITH HER

Hum Tum fans are rejoicing because what they have always wanted to happen has finally happened and we are so happy for it. While one couple has gotten together, there’s the other one that still remains. Yes, we are talking about Adam(Ahad) and Neha(Ramsha). By the looks of it, Adam has fallen for Neha and he realized it when he found out she would go far away from him if she married Sarim(Omar). Ramsha Khan as Neha is truly shining in every scene she is in plus her chemistry with Ahad Raza Mir’s Adam is superb. Read onto find out what happened in the latest episode. 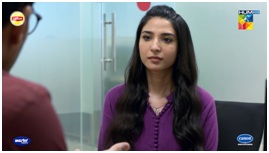 Sarim talks to Neha about their marriage and how she should take some time before she gives her final answer. He wants her to get to know him and then make her decision.

While talking to Umer(Danish), Adam confesses that he has fallen in love with Neha but he won’t tell her because she would make fun of her and wouldn’t understand him. Neha hears their conversation and begins teasing Adam in an indirect way. She comments on his flummoxed behavior, his absent mindedness and how he is avoiding to look in her eyes. 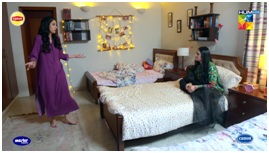 Neha tells Maha that Adam loves her. Maha tells her to not hurt him but Neha sees this as an opportunity to get back at Adam for claiming their father’s love. 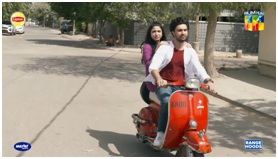 Just to have fun at his expense, Neha takes Adam for a ride to her friend’s place on her Daddu’s vespa because he had once said he would never sit on it. 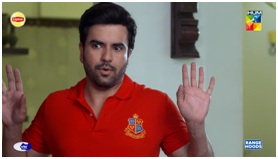 Sarmad(Junaid) tries to make a joke with AAdm about his project but realizes it isn’t the time to make jokes when he sees the seriousness in Adam’s face. Junaid Khan is such a comic relief in the show. 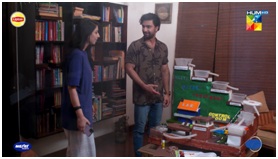 Neha comes to Adam’s home to take pictures of the project so she can send it to Sarim. It is the night before they leave for Islamabad for their presentation the next day.

What will happen now? Will Neha also develop feelings for Adam? To find out, watch this space for more reviews and keep watching Hum Tum everyday at 9 pm on Hum TV.