HUM TUM EP 4: SARMAD IS NOT GIVING UP ON MAHA

Hum Tum has appeared on our screens like a breath of fresh air. The show is funny, witty and is full of rib-tickling moments. There’s banter, adorable fights and playful arguments all of which results in wholesome entertainment. The show is being loved by audiences who tune into their television screens after they are done with their iftars and prayers.

Any show, however brilliant it is written, can fall flat if the performances are not upto the mark. That is not the case here. The acting is first rate from all the leading as well as supporting characters but Ramsha Khan(Neha) and Junaid Khan(Sarmad) deserve a special mention. Ahad Raza Mir and Sara Khan have great chemistry with the two actors which is evident on the screen. Read onto find out what happened in today’s episode. 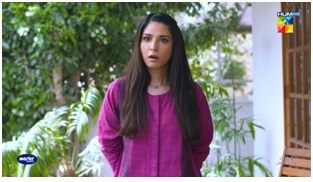 Neha (Ramsha)is scolded by her father, Professor Qutubuddin (Adnan), for being rude and curt with Adam(Ahad). He says just because she has a higher GPA that doesn’t mean he is smarter than him. This is the main reason why Neha keeps acting out; her father looks down on his daughters especially her and praises the neighbors’ sons especially Adam who he treats like the son he never had. 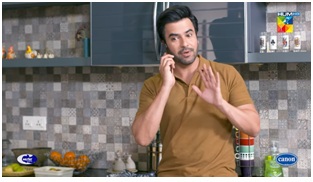 Sarmad (Junaid) is adorable and the sweetest character on the show. He keeps thinking of ways to talk to Maha (Sarah) and get in her good books. He comes up with healthy, low-cal recipes that he can make for her because she is so health conscious and watches what she eats. 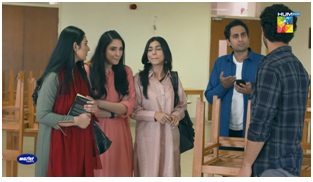 On Adam’s birthday, Neha places a large order of food at Sarmad’s restaurant in Omer’s (Danish) name, Adam’s friend who accused Neha of getting good marks because she is the professor’s daughter, just to get back at him and annoy Adam.

The girls are often quarreling with each other which shows us how close they are with each other and how they always have a good time despite having a strict father who is so critical of them. 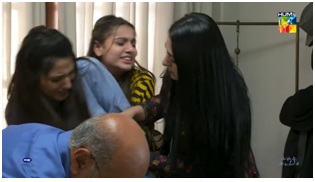 There was a scene in which Qutubuddin’s family is over at the neighbor’s house to celebrate Adam’s birthday. In a hilarious moment when Neha and Adam are recalling each other’s childhood and making fun of each other, Sarmad asks him how does he remember so much of Neha’s childhood. To this, Neha says, “He remembers everything since he is 1000 years older than she is.” It was laugh out loud funny. 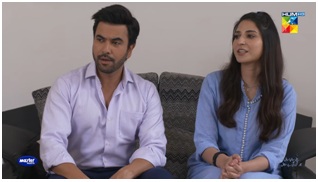 Sarmad loses all sense of self and becomes elated when Maha is around. Similarly, his face loses all its light when she calls him ‘bhai’. We are told that Sarmad was the first one who took Maha in her arms. So, it is natural that she thinks of him as an older brother. 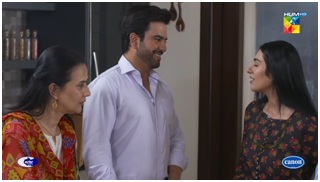 Maha’s friend calls her and tells her she is about to say yes to her cousin’s proposal. Maha tells her to say no to it immediately. Sarmad overhears the conversation and says its not fair she is judging someone based on their education. Maha then corrects him and says that she asked her friend to say no to the proposal because the guy has no etiquettes and general intelligence despite being educated. This means she doesn’t care about someone’s education as long as they are sensible and of sound mind. Sarmad is relieved when he hears that. 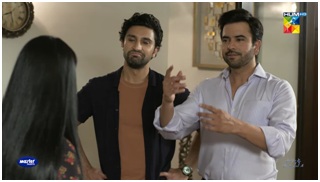 Hum Tum is the sweetest show on air right now. We love how it remains entertaining even when its talking about important societal issues and topics. We are really excited to see what happens in the upcoming episodes. To find out, keep watching Hum Tum on Hum TV Network.