HUM TUM EP 9: NEHA IS BEING STUBBORN WITH ADAM & SARMAD

Hum Tum is easily the most fun shows you can watch through your television screens right now. Apart from the ongoing political situation of the country, it is the most entertaining program on air at the moment. There’s light hearted banter, goofy comedy, crackling dialogues, and some amazing acting going on in the show right now. Read onto find out what happened in today’s episode.

Qutubuddin(Adnan) offers Adam(Ahad)a ride with him and Neha(Ramsha)to their university. He immediately asks Neha to sit in the back so Adam can sit in the front. It is this discrimination against her own daughter that compels Neha to act out and we think it’s kind of justified. What parent prefers someone else over their own child? Safe to say that the parents in this show aren’t really fit to be parents. 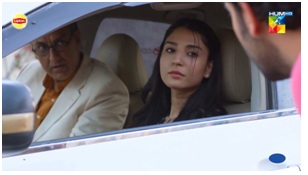 Maha(Sarah)apologizes to Sarmad(Junaid)over the whole Neha-Adam surprise viva fiasco. He tells her why is she saying sorry when she thinks Neha was at fault. He becomes this bumbling confused guy around him. 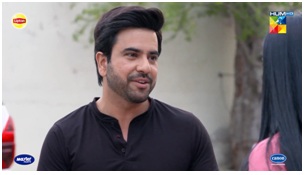 Upon reaching the university, Qutubuddin and Adam learn that Professor Jabir(Saifi)has admitted to his negligence on his Facebook account about giving Adam more marks than Neha who is the clear top scorer in the exams. 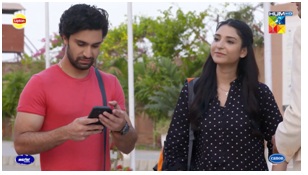 Adam figures out Neha hacked Professor Jabir’s account with Sasha’s(Anoosha)help and put up the status. Neha tells him he has no proof of that. Later, Qutubuddin reveals to Neha that Adam had already asked him to cut his marks so Neha can get the first position. All her excitement and sense of happiness fizzles out and she sets her eyes on her next trick to get back at Adam. 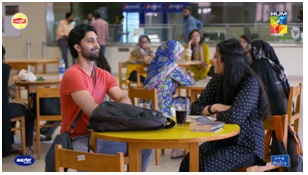 Adam tells Sarmad about it and says all three Qutubuddin girls are awful and he hates them to which Sarmad says Maha isn’t like that. He gets all flushed while talking about Maha which is funny and adorable. 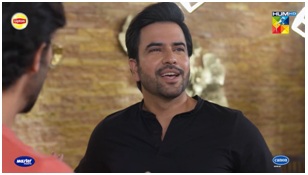 While working out because Maha is a fitness freak, Sarmad sprains his back and remains in a lot of pain for the rest of the episode. 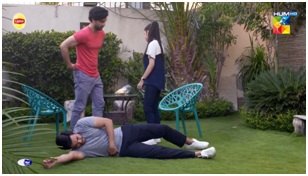 Neha gets Sasha to hack into Sarmad’s restaurant’s official Facebook page and then puts up a status that says the restaurant is offering a 70% discount. 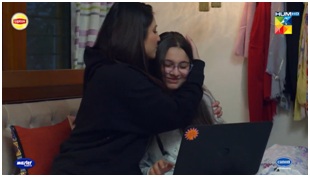 This leads to a sea of customers making their way to Sarmad’s restaurant. It gets so chaotic it becomes difficult for the brothers to handle the crowd. Adam also figures out Neha is the one who put up the status about the discount. 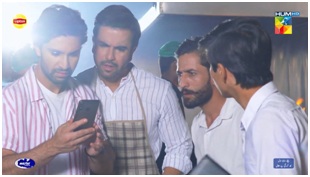 Neha brings along Maha, Sasha and her Daddu(M.Ahmed) at Sarmad’s restaurant to see what’s going on there and enjoy watching the brothers be miserable with all the workload. Adam being tired of Neha’s antics, has something up his sleeve and promises he will do something this time to get back at Neha. 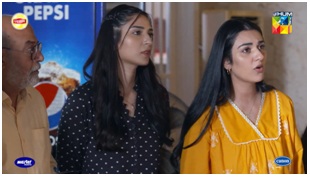 It goes without saying that the four leads have great chemistry together and so does the suppoorting cast but Ramsha Khan and Junaid Khan deserve a lot of praise for their characters and the way they are portraying them with so much sincerity. To find out what happens next, keep watching Hum Tum at 9 pm on Hum TV Network and watch this space for more reviews.