The most awaited drama series of the season is set to release on 23rd March. Starring Imran Abbas and Aiza Khan, Tum Kona Piya is a story of love and will be aired on Urdu1. The drama will see the pairing of these two stars on TV for the first time, and I am sure the fans are already very excited. With beautifully shot promos and a melodious sound track, the drama seems to be a hit already.

We caught up with the man himself, Imran Abbas to talk about Tum Kon Piya and he had some interesting things to share.

SS: Tum Kon Piya sounds like a story of love. Tell us a bit about the plot.

Imran: The plot revolves around two characters and its a love story. The fabrication is totally different from what you see on TV these days. It is a family drama that shows you how to sacrifice for love. Love isn’t just about meeting, getting married etc, but its about a lot of sacrifice.

SS: What is your role in Tum Kon Piya?

Imran: The Character of Ramish is a lover boy, but he gives a total different meaning to love. For him love is sacrifice and he a sacrificing man. He is a very adorable and ideal character when it comes to describing love. 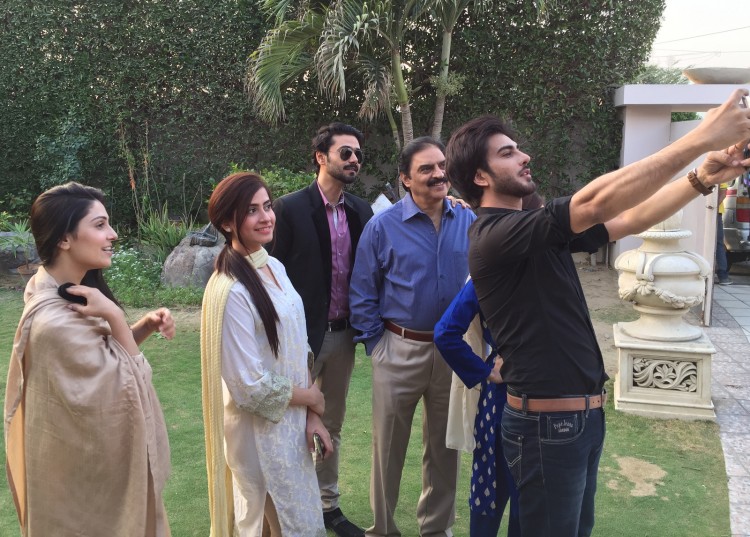 SS: What made you say yes to the project?

Imran: The team and packaging of the project was very interesting. I am very selective about the work I do so I always consider the cast, the director, the story. It has all the right ingredients. Yasir Nawaz needs no introduction, he has directed some great projects for film and TV, its Aiza Khan’s come back project and she is a star in her own rite, the story again is adapted beautifully from the novel, so the project checked all the boxes that I feel are important for me.

SS: How was your experience working with Aiza?

Imran: She is one of the most hard working and sweet actresses I’ve worked with. She is very talented and very focused and doesn’t waste time over unimportant things. 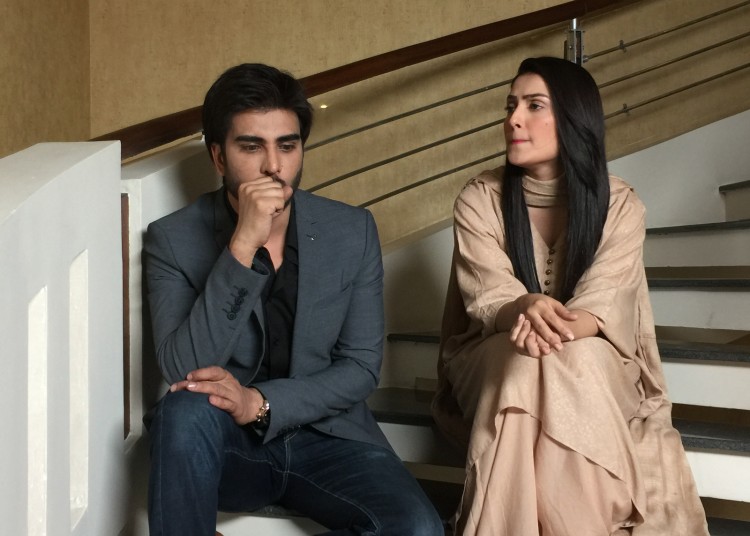 SS: What is Yasir’s strength as a director?

Imran: The fact that Yasir is an actor himself so he can make the actor work which is very important. He knows how to deliver dialogues and where to put emphasis so that makes a huge difference to the final product.

SS: What can the audience look forward to from Tum Kon Piyaa?

Imran: People should look forward to a beautiful story which is relatable to their family. Its a family drama, everyone can watch it together, it has a beautiful soundtrack, your favorite actors. More than anything the frames are beautiful and real. You will feel the warmth of family, the social difference in class, everything is translated on to the screen beautifully.

SS: Will we see you in a Pakistani film anytime soon?

Imran: Yes, I am in the process of making up my mind. I have a few scripts im goinh through and will pick out the best projects.

SS: Do you think the wuality of drama is improving with the evolution of films?

Imran: I don’t think that’s a factor which is affecting drama. The strength of drama is in being more real and relatable, while films are larger than life. Drama has dipped whenever the reality is taken out of scripts and the plays that are relatable have always done well.

SS: What do you think needs to be done to improve the quality of Dramas?

Imran: We destroyed the film industry by showing things and labeling it as ‘public demand’, we are doing the same with our dramas. The public will see what you give them, and we need to stop copying content from other countries that don’t show our culture. Things that work there wont work here necessarily.