A CONVERSATION WITH ADEEL HUSSAIN

Team SiddySays got a chance to sit down with Adeel Hussain and talk about his journey as an actor, his career so far and experiences with his upcoming movie, Ho Mann Jahaan. Here’s what he had to say!
First big-banner feature film, Adeel. Are you excited, nervous or anxious?

I’m definitely excited. Maybe more nervous than I realize! It’s really hard to tell, but I am overwhelmed by all the things that are tied to this big banner production.

Given that you’ve already worked with Asim Raza before what was your experience like with the film?

It was a great experience because I’ve worked with Asim before in ads. You work with people and your relationship develops, Asim and I have had a really good working relationship and I think that has played a big part in how smoothly shooting happened for Ho Mann Jahaan. It’s very important to have a good relationship with the director.

So adverts, TV-series and movies. What’s easier to do? Or does it all require the same amount of work?

The truth is they’re all really different. With movies, it’s like the overall stakes high and one day is organized into lots of scenes and parts. So you have to contain your energy, keep it and stay focused till you reach the finish line. In ads we know after two days we’ll be free so it’s high intensity of work but it’ll be over soon. Dramas are entirely different because a lot of it also depends who you’re working with, what’s the team like – so that is like a big part of the equation. I’ve done plenty of dramas, so doing a film following that was a nice kind of change.

Has your character in the movie been similar to any other character you’ve played before?

For me, an answer to that is always a no because if you have a script that’s unique, then you also try to pull something unique out for the character. You try to go into the life of the character, and find the elements that are not written in. 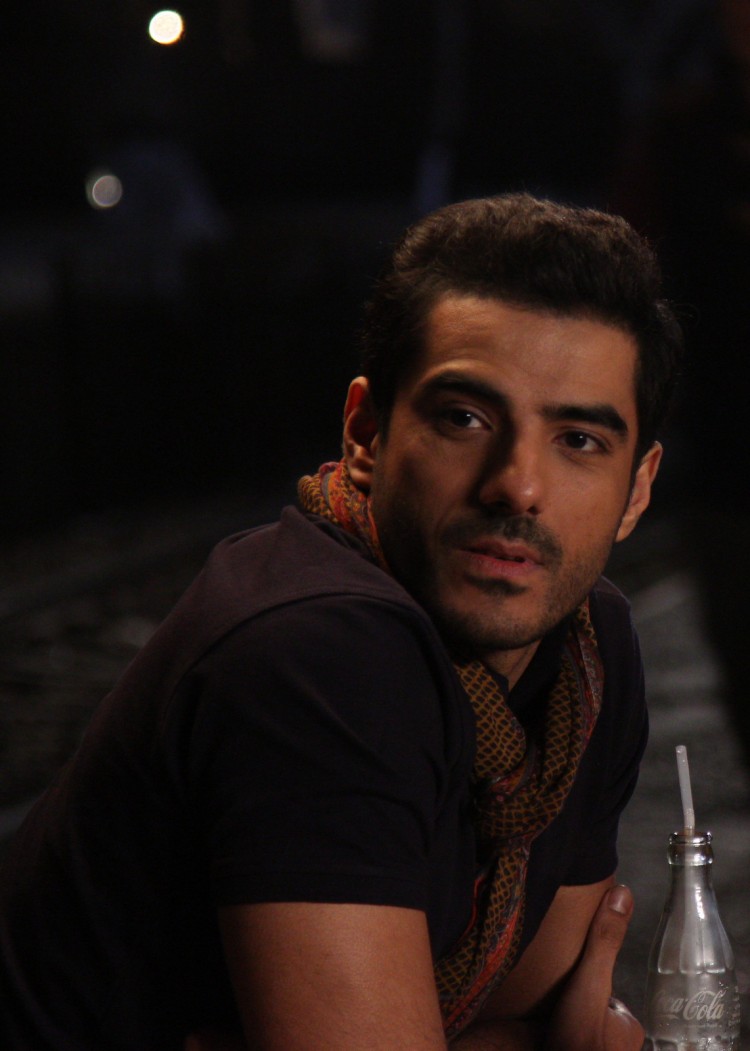 Was the transition easy, from shooting for Nadir to going back to real-life Adeel?

I’m actually really glad you asked that because it’s become this clichéd thing that if you’re talk about it a lot that it’s like you’re some proper actor who gets messed up while playing parts, and if you completely don’t talk about it then it’s a bit unfair because it is an emotionally demanding profession. So to answer that, I’ve just gotten the hang of it now. It also depends on the story and situation, but Nadir’s transitions were quite easy and pleasant.

So, we can say that his character was somewhat relatable to you?

No, I’m not saying playing Nadir was easy, I’m just pointing out that getting into the character and coming out was easy. It was probably also because the character was written about with some sort of clarity and I also understand my own energy and process.

Is Nadir going to be a character the audience will love to hate?

No, I’m not going to reveal the character at all. My character is up for interpretation until 1st of January when it unfolds itself to the audiences.

You’ve tried your hands in advertisements, directing campaigns etc, but acting has always been your main pursuit. Was it a career you seriously considered for yourself or you just stumbled upon it?

It’s a difficult question to answer because I should stop calling myself an Actor/Director until I actually direct something big. But I think I was always very passionate about communicating, and I wanted to make films so worked a bit with the camera. I really do enjoy working behind the camera. I never tried to weigh them against one another, I understood that I loved doing both things and they both are going to be a part of my life somehow. I love acting and I love directing.

During your school days, were you always interested in being a part of photography society or dramatics?

No! I was actually a business student and it took a long time for me to figure it out. I was studying sciences till my O’levels and A’levels. Then for my bachelors I was doing Management Information System, and it was not until my 4th year I realized I wanted to do acting. But then I thought might as well do my masters as I might never go back to studying, so I ended up doing a masters in Marketing. So I was a little bit going with the flow kind. Now that I look back, I think it was easier for me to do that because I was studying abroad. So I kind of just experimented a bit with things.

Tell us about the funniest blooper on set during Ho Man Jahaan shoots?

Well, Sheheryar keeps talking about his fall. But the blooper that I’ve had is connected to the part of the story that is not in the trailer, so I can’t talk about it as yet. But after the film, I’ll tell you about it! It was less of a blooper, but more of a scary yet fun thing.

Who goofed off on sets the most?

I think we had enough rehearsal so by the time of the shoot we were all playing off each other’s energies, so there was sense of humor going about with everyone and nice friendships. No one was over the top hilarious though!

What’s that one memorable thing that you’d take back as a memory from this film?

Oh, many things! But I always take back the enjoyment of playing a character, it’s always a step further from reality so that was very refreshing for me. So we had water fight in one of the scenes and that part for me was a lot of fun. I keep mentioning it over and over again as my favorite scenes to shoot. Also the concert, it was exciting to learn the instrument and get up on stage and play in front of the audience.

Oh, so you really did learn the drums for the movie?

Yes, I did. I don’t know why I don’t talk about it much, although I should. I really enjoyed playing them. And I learnt them, just like Sheheryar learnt to play the guitar. Two months before the shoot began, we had classes to learn the instruments and it was very enjoyable.

Do you think you’ll pursue it? Buy a drum set and keep it in your room?

Yeah, definitely I see myself getting a drum set and playing it.
Are you the kind of an actor who’ll keep up the contemporary’s news? Or check social media regularly for news about you?
No not at all. I have this certain sense of internal space which I’m very happy about. I think I’m very grounded. I’ve been very independent in my life, so I usually go with the flow instead of concerning myself with every single thing. There’s way too much information out there, and I try to filter most of the things.

Who’s easier to work and get along with, Sheheryar or Mahira ?

They’re both very easy to work with. I will not pick favorites.
We know you have another film lined up, is this all you’re focusing on at the moment? Or do you have projects lined up for TV too?
I will go to television if I get the opportunity of being part of something very innovative for sure. I’m focusing on films right now, they’re exciting and there’s a lot to contribute and make. I’m happy with them for now.

2015 has been a very strong year for the Pakistani film industry, have you gone out to watch other Pakistani releases?

We were all waiting for this revival to happen, and I’m so glad that it has come about. The revival has happened and it’s very much about making it better. Sometimes harder than the revival is to improve it and I’m excited that we’ve covered good amount of ground so far. Because of time constraints however have not gotten the chance to go and watch any film lately.

Will you ever be interested in taking up roles that aren’t stereotypical ‘heroic’ ?

I’m always on a lookout to play different roles. So for sure! I want to play heroes, characters, baddies etc. I won’t limit myself as an actor, but at the end of the day it all boils down to a very good story and an equally good director.

Last but not the least, why should the audience spend the new year’s day in cinema, watching Ho Mann Jehan?
Because we worked really really hard! It’s made with a lot of effort and love.