IN CONVERSATION WITH FRIEHA ALTAF

Upholding an unprecedented status within the fashion and entertainment industry, Frieha Altaf isn’t just a name, but a brand synonymous with grandeur, elegance and unparalleled vision. “When I started off 30 years back, I didn’t anticipate that this industry would take me where I am today!”

Modeling since the age of 22, Frieha achieved astounding success in the fashion and soon was hailed as a leading fashion model. “Back when I started, modeling wasn’t considered as a good profession. It was during Zia-ul-haq’s era and almost anything in this industry was considered a taboo. But it was something I was born to do. My mother, my sister and my brother-in-law all were in this profession.”

Known for her piercing eyes and visionary ideas, Frieha let her modeling career run for mere 2 years till she called it off. “I stopped modeling after 2 years, because I felt there was a lot more that I could do with my life.”

“That’s how the entire concept of Catwalk Events came about, really. Modeling back then was a very disorganized profession. My first show was with Gul Ahmed, and second with Maheen, and I was literally doing everything, from choreography to the song-selection,” shares Frieha.

“In 1989 I needed money, and I came up with the idea of managing a fashion show with Maheen as my partner. “ And that’s when she officially decided to step into the world of fashion marketing with her event management company, Catwalk Productions. Soon enough, Catwalk Management and Production branched out into Catalyst PR, Cats Modeling Agency and Rukhsati Wedding Planners. 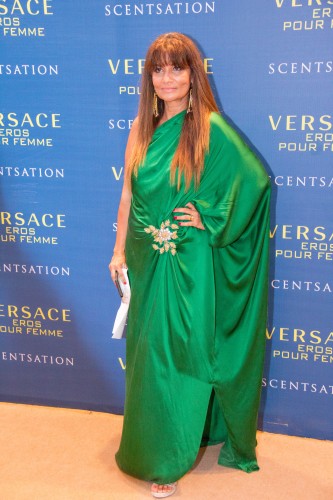 With over 25 years and counting, Frieha’s Catwalk Event management and production has done more than 2350 event and has a clientele of more than 200 companies. Catwalk’s signature style remains to execute high-end events nationally and internationally. Her excellence lies in hosting product launches, producing cultural shows, celebrity management, event marketing, styling and conceptualizing fashion shows, and conjuring creative concepts for each venture day in, day out.

In its initial years, Catwalk’s name was associated with some of the biggest happenings in town. “I think one of the biggest and best shows that we did was in London involving 80 artists for Pakistan. We coordinated everyone and everything,” Frieha claims, “From Abida Parveen to Abrar ul Haq, everyone was a part of it.” From Thereon, every fashion-show, award show, concert or A-list party she touched turned to gold.

“We were the force behind the first ever Lux Style Awards where we brought fashion in 1993 and it became a instant hit.” She recounts the time the Lux Style Awards were broadcasted on TV and was on the covers of Newsline magazine.

Back in those days, Frieha envisioned taking over the entertainment industry and ruling as a queen. And she did just that. Overtime she set up Catalyst PR as a sister brand of Catwalk Events with the purpose of letting the PR sect to act like a catalyst between a brand/product and its promotion. “My team working under Catalyst PR ensures innovative concepts to promote and create awareness for the brand/product among the masses,” she boasts. She endeavored to mesh cost-effective yet avant-garde ways to advertise and instrumentalize digital and social media for the benefit of her clients – a strategy that later in years set bench mark for the rest to follow. 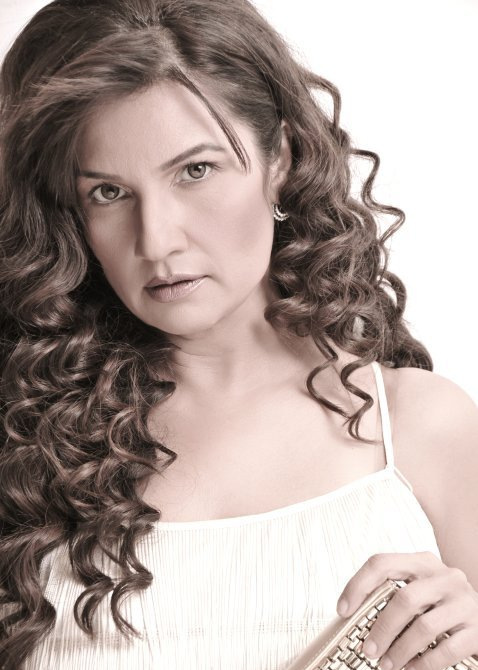 “In 2003, I remember, I had just come back from Canada, and no one here knew the concept of a Red Carpet. And that’s when I initiated the concepts of The Red Carpet, Green Room Branding and Branding Wall.” With a diverse range of clients from all walks of life, Catalyst PR has also organized the Sunsilk PFDC fashion week, LUX Style Awards (since 2003) and initiated the concept of ‘People’s pictures’ in magazines that gave birth to socialites nationwide.

“You see, everything comes from the “need.” Fashion back then was a growing industry. There weren’t enough resources or guidance for the models who wished to come in the industry. So I planned to open up a modeling agency,” she said, steering the conversation towards her modeling agency. The idea sprung to bring about fresh faces into the industry. To achieve this, Cats modeling agency with support of Catalyst PR and Catwalk collaborated with Veet to bring about a new concept of ‘model hunt’ in Pakistan. Together they held Veet Celebration of Beauty and Veet Miss Super Model Contest which was responsible of launching some of the most eminent faces like Abeer, Sehrish and the rest into the fashion industry.

“But with the passing years I noticed this doesn’t bring as much money as I hoped it would, considering how much heart and soul I was putting in. Although, I still work with new models, but I don’t train them like I used to under the label of an agency.”
If this was not all, 12 years ago, Frieha also started a wedding planning company called Rukhsati – Pakistan’s own version of Band, Baja, Baraat. “It started off as an accident really,” confides Frieha. “Rukhsati” was the first ever bridal program she started in association with Indus TV. Her idea behind this was to bring the best of designer and themed wedding for the bride and groom-to-be. Although she didn’t plan to make it a full-fledged wedding planning company, she still has many friends and friends of friends who want her to work her magic for a thematic and destination based wedding.

With Catwalk Event Management, Catalyst PR, Cats Modeling and Rukhsati under her supervision, Freiha Altaf manages to excel in any and every field she steps into. “Time management and having a good team always pulls me through,” she confesses. She now plans to execute bigger and better events in the future. “People come up to me and tell me how I’ve done so much and how I’m an icon for this industry, but I always try to tell them, that there is still a lot more for me to do!”