The fifth episode of Jo Bichar Gaye just went on air and as per the previous episode, East Pakistan and West Pakistan are on the brink of war as the East Bengali’s want their independence. The episode was just as thrilling and exciting as the previous episodes and the show has quickly become one of the most loved shows currently. Wahaj Ali remains to be the star of the show with his remarkable performance as Rumi. This episode was titled “Peaceful protest.” 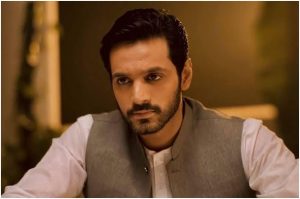 Here’s a backdrop how a war was brewed in ep 4 Jo Bichar Gaye.

THE NATIONAL ASSEMBLY CONFERENCE GETS POSTPONED

This major event leads to riots in the country. People come out in large numbers and start revolting against the government. There’s a lot of hate for Gen. Yahya Khan as Mujeeb-ur-Rehman’s men start creating violence everywhere. The whole country goes in shut down mode.

PROTESTS CONTINUE TO GET VIOLENT

Chetrasingh league and Union League leaders decided to participate in the protest which adds more fuel to the fire. It is bound to end in bloodshed.

Shill continues to tell his party people to kill every non-Bengali they see in front of them but Rumi is strictly against it. He tells them that this is a peaceful protest and no one should be harmed.

Rumi and Sonia get into another heated argument at the dinner table. Later, she goes to see him but gets worried when she sees his troubled expressions. She tells her he needs space.

In Chawk Bazar, Dhaka, protestors open fire on a police motorcade. In response, the police starts shooting at them too in self-defense and as a result, all the men are killed. This isn’t a good sign because what started as a peaceful protest ended with Bengali blood being spilled on the land.

Talking about performances, Wahaj Ali is wowing everyone with his portrayal of Rumi. There’s a storm in his eyes that’s waiting to erupt at all times. He is tender with Sonia and shows his vulnerable side when her words hurt him. We cannot wait to see what else he does with the character. The rest of the cast remains amazing. Director Haissam Hussain and writer Ali Moeen have really brought their A-game to the project.

To find out what happens next, keep watching Jo Bichar Gaye on Sundays only on Geo TV.