Drama serials on HumTv are a like mixed platter of content that varies in style, story and format, and that is perhaps one of the most exciting thing to watch. Because you not only get to see stories from reality, but you are also taken into a fictional world. From love to sacrifice, greed and jealousy, to revenge and murder, HumTv offers a plethora of visual content performed by the talented lot of actors and actresses we have in the Pakistani entertainment industry.

So if you’re a HumTV fan like we are, we’re hooked to these 4 drama serials right now. While they may have their lapses, Pakistani content has become very wholesome and entertaining. 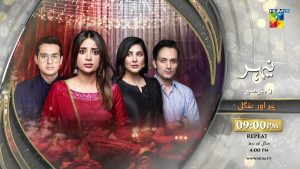 PLOT: Drama serial “Nehar” deals with a beligerant societal problem that has impacted countless lives – dowry aka jahez! So we will see parents of a girl deal with the pressure of giving jahez and how it embroils the entire family into this menacing problem as their difficulties grow in size.

WHY: The matter of dowry continues to be a prevalent matter in our society, mostly amongst lower classes, therefore it is interesting to see it performed and how it effects peoples lives.

WHEN: Monday & Tuesday at 9pm 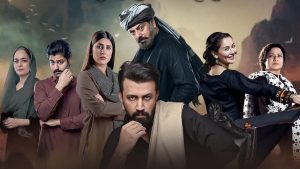 PLOT: The story line of Sang-e-Mah highlights the lives of a tribal family and deals with revenge and murder between a father and a son. At the same it also deals with the tradition of “gagh” – a Pashtun custom of men forcing marriage proposals on woman by firing gun shots in front of their house and shouting her name, proclaiming that she is to be married off to him.

WHY: To highlight age-old traditions firstly makes us aware of the challenges that women have to face in other parts of the world and their impact today. 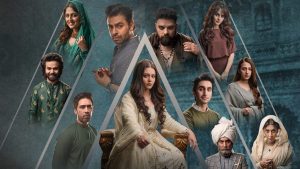 PLOT: Family rivalry and dynastic politics is the background of a Peer family and Peer Shah Alam’s life which is set in an imaginary village. He’s a gaddi nasheen who abandons his seat and what ensues later are problems as the Peer has to return to tackle with problems while he was gone.

WHY: It’s a fictional tale that tries to explore more plots beyond saas-bahu matters. 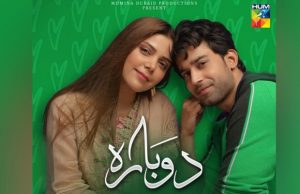 PLOT: The story of Dobara is a second chance towards love and life for a widow when she falls in love and gets married to a man younger to her.

WHY: Society has always frowned up women who are seen with younger men, however it is not the same when an older man marries a younger woman. So how Dobara deals with this matter in a relevant way and other family issues.