For avid drama viewers, Hum TV brings the perfect Thursday Therapy in the form of Meri Shehzadi. Director Qasim Ali Mureed leaves no stone unturned to load this political thriller with lots of drama and twists at regular intervals. Taking the show to new heights of success is the star performer Urwa Hocane who yet again proves her acting prowess. Written by ZanjabeelAsim Shah and produced by M.D. Productions let’s review the intriguing developments of episode 10. 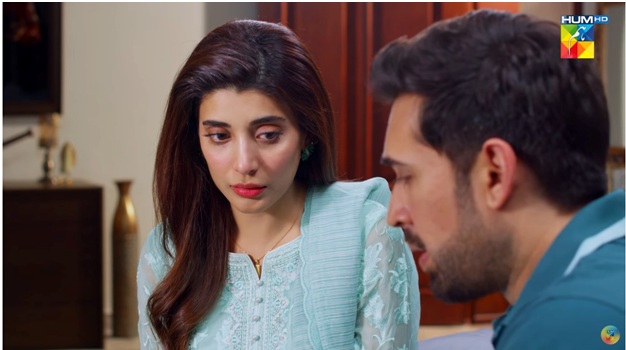 The episode begins on an intense note as Dania (UrwaHocane) is shocked to see Shahana (AtiqaOdho) admitting Sheroz’s first marriage in front of Sanaullah (Qavi Khan). She is smart and puts an end to this chapter once and for all. Sanaullah is in disbelief and couldn’t digest the fact that Dania lied to him for so long. He leaves the premises warning Dania not to follow him. The latter is in a state of shock and blames her husband for how easy it is for them to eliminate her existence. They dont care about her values and feelings; she questions Shehroz that it was her right to tell the reality to her grandfather. He apologizes to Dania and asks her to stand by him and make him a better person. 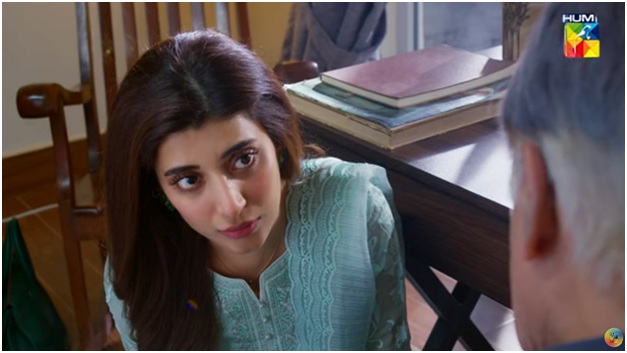 Dania pays a visit to his grandfathers and seeks forgiveness. She defends herself by saying that a middle-class girl is being taught to be quiet no matter how worse the circumstances may be. They are being told not to damage the reputation of the family. Never be the first one to break a marriage and divorce is never an option. Sanaullah complains that not even once has she shared her problems with him. Dania doesn’t want to leave Sheroze or his family, she feels that she is living a life that millions of girls dream of. 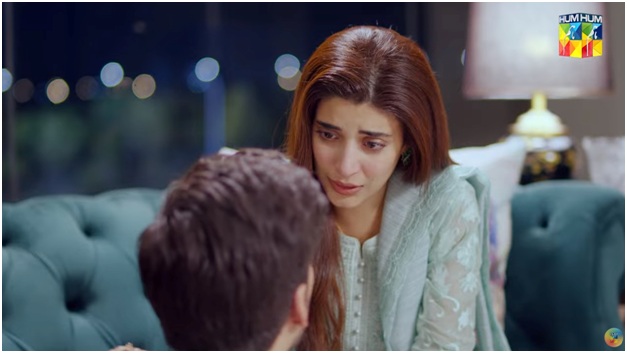 Amid all the controversy, Shehroz isn’t given the party ticket. He loses control over his senses and does not accept reality. He couldn’t believe that the woman he loved the most had demolished his personal and professional life. He misses her ex-wife and his child terribly. A helpless Shehroz asks Dania to support him and stand by him.

DANIA GETS THE PARTY TICKET

To show support for Shehroz, Dania suggests that she wanted to visit the party chairman’s office and convince them for the ticket. Shehroz makes fun of Dania and her suggestion and says why will the party chairman even talk to her. Shahana on the other hand takes this development seriously and approves of Dania’s meeting at the office. The next day Dania tries her best to defend her husband and says that if she doesn’t have a problem with the scandal, than the public should also be with them. She says that his father-in-law Ghaysuddin has given his entire life to the party, and as a token of gratitude the party should support Shehroz during tough times. The episode ends when the chairman decides to give Dania the ticket instead of Shehroz.

Touted as a political thriller, Meri Shehzadi is now heading toward Dania’s political journey. The show is getting more fascinating with each passing episode and the protagonist UrwaHocane is a scene-stealer thanks to her characterization and performance. Meri Shehzadi isn’t a typical run-of-the-mill project where the protagonist has to wear good makeup and apparels and mouth dialogues. It’s a risky move to do a character of this sort and Hocane sheds her inhibitions, puts her heart and soul into the roleand emerge victorious. It would be interesting to see Dania in a brand new avatar of a future politician. Will this development make Shehroz insecure?