Very rarely do our makers, directors and channels tap into different genres and deliver an enterprise that not just entertains but stuns viewers as well. MeriShehzadi is one such intriguing political drama that emphasizes on strong emotions.  Last week, we talked about the new avatar of Dania (UrwaHocane), she oozes confidence and doesn’t pay heed to her husband and in-laws’ betrayal. This week’s episode 18 takes the narrative forward with lots of crispy moments in abundance. Written by ZanjabeelAsim Shah, and directed by Qasim Ali Mureed, MeriShehzadi is produced by MominaDuraid of Hum Network.

Dania (UrwaHocane) has quietly faced all the wrongdoings of her husband (Shahroz) from day one. As of now, the situation has worsened to the maximum, she cannot stand the fact that he has publically accepted Cam (Sonia Mishal) as his first wife. Resultantly she packs her bags and decides to leave the house. In a last-minute confrontation, Dania takes on Shahroz like never before, she makes it clear that she won’t be face-saving his family image anymore. She is done making sacrifices and has given her hundred percent to save the marriage. Shahroz as usual acts arrogant and wired, he threatens that he can take his children’s custody anytime. 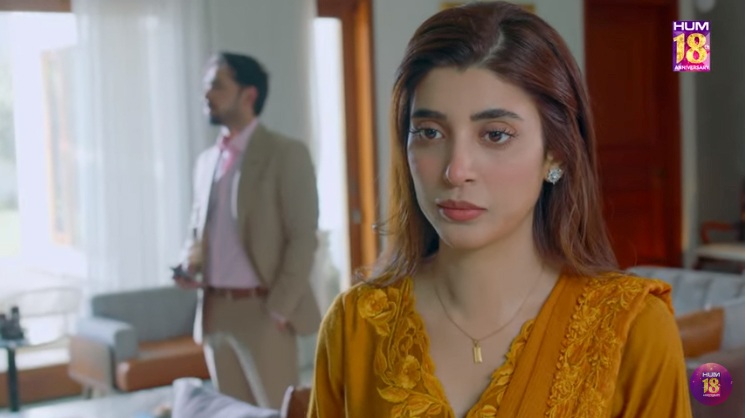 Dania reaches her grandfather Sanaullah (Qavi Khan) house and breaks down. She is in deep shock that despite putting her best foot forward, her in-laws never supported her. Dania feels has understood the formula of surviving in the practical world i.e. the people who live in hearts have no luck. Why did she have to go through this pain and suffering?  Sanaulah encourages that whatever happened is for the good. Neither Shahroz nor his family deserved an honest person like her. She has her children as their biggest support to lead a good life. 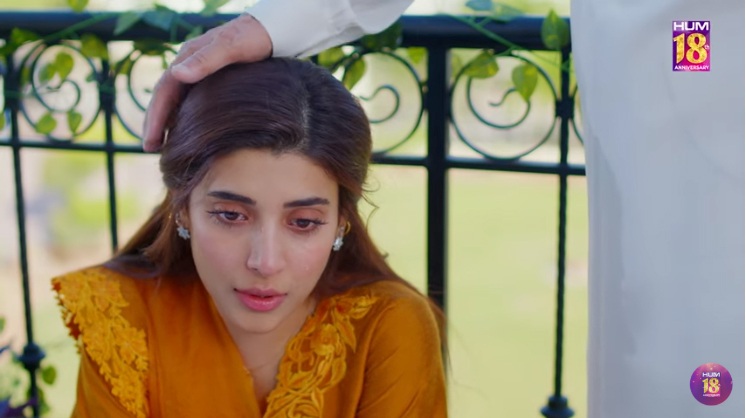 Sanaullah couldn’t bear this tragedy and suffers an angina attack. She is advised by the doctors to consult a heart specialist. Dr. Hassan (Farhan Saeed) is one the best cardiologist in the country and it’s difficult to get his appointment. Dania waits for him the entire day, eventually, she rushes into his room and convinces him to check his ailing grandfather. Dr. Hassan makes Dania realize that this is a hospital and not her assembly wherein she can give orders. He doesn’t change her schedule for anyone. However, he changes his plans at the last moment and eventually meets Sanaullah. Dr. Hassan goes through the reports and extends his stay. Dania is surprised to see that he checked the patient in a rush without saying any words of satisfaction. The doctor replies that as per his reports, he has to undergo an open heart surgery which he doesn’t want to perform due to the age factor. 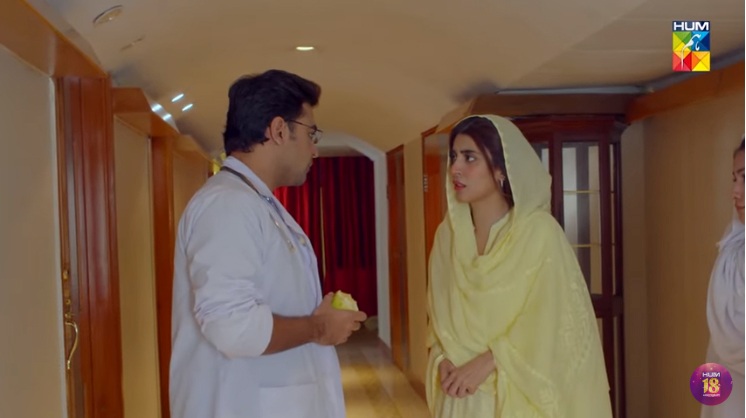 Dania is now making peace with herself and trying to live a happy life for the sake of her kids. She gets surprised to see a strange development when the nannies of her children don’t get their salaries. Adding more to the horror is the phone call that she gets from Shahroz’s personal secretary informing her about the lawyer coming to her place to pick up the children. Dania tells her that it was decided that the children will stay with her, and she has never stopped the CM or her husband to meet them. The secretary tells her that the CM wants to make a proper channel for this. The lawyer gives Dania a legal notice of the children’s custody with no mention of when they will be returning back home. 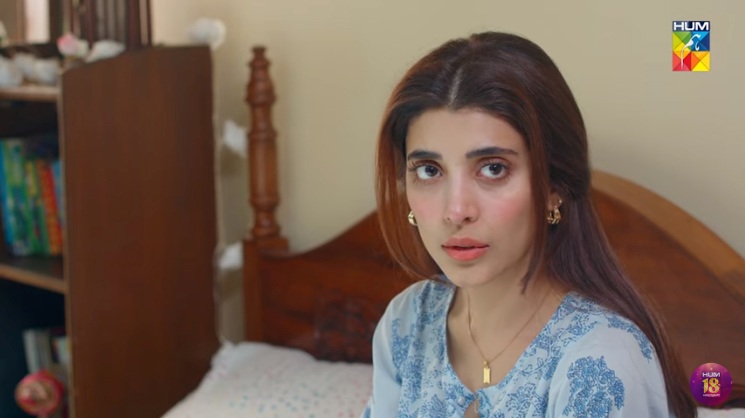 Urwa Hocane delivers a powerhouse performance and carries the entire drama on her able and dependable shoulders. This is her most massy role and she hasn’t played such a part before. She has a difficult part to play and she delivers her best effortlessly. She looks every inch like a doting daughter, caring wife, loving mother, and humble politician and showcases her versatility to the optimum. Notice her reaction when she taunts Shahroz that he can use his sons to gain political benefits. Also, in the scene where she talks about her failing marriage and breaks down in front of Sanaullah, she’s too good. Hoping to see lots more of Urwa’s fiery performance in the upcoming episodes.