May 7, 2018by Faryal SyedNo CommentsUncategorized

THE CONTROVERSIAL MET GALA MOMENTS OVER THE YEARS

Call them the “Oscars of the East Coast”, “Party of the Year”, a “High Profile Fund Raiser” and the Met Ball – tbh the Met Gala is a super galactic museum costume party with chosen A-listers who get the opportunity to mingle with each other, go over-the-top with their looks and, for fun, break “gala” rules! And when you’re Marc Jacob x Bella Hadid x Katy Perry what’s the fun in behaving in class. So, we’ve rounded up some major controversies/scandals that rocked the Met Gala before this year’s event goes live today – and probably, hint one for this year! (Maybe)!

“Of course sometimes s–t go down when there’s a billion dollars on an elevator” rapped Beyonce when back in 2014 Met Gala, Solange supposedly attacked Jay-Z in the elevator while Mrs. Carter looked on. The statements given later sounded tipsy and vague but what do we know?!

So, Tina Fey shows up on Letterman’s show and describes the Met Gala as a “jerk parade”. She went brutal with her comments and even though we loved her blatant hatred towards the gala and its attendees, the lady was downright wicked. She said. “Every jerk from every walk of life is there, wearing some stupid thing… It’s just everybody, if you had a million arms, it’s all the people you would punch in the whole world.”

NO SMOKING OR SELFIES… SAY WHAAA?

It’s rude and disrespectful, at least to the art because they are supposed to be 100% smoke free, but these celebrities decided to bend the rule in the ladies room at 2017’s “Comme Des Garcons” (which celebrated wearable art). And on top of that, clicking selfies irked the board members more. When you’re a social media star, who can stop you from taking selfies while you’re AT THE MET GALA!

2015’s theme China: Through the Looking Glass got the public rallied against some celebs for their inappropriate use of symbols. Sarah J. Parkers dramatic piece de resistance was a derogatory portrayal of to describe Asian women but was used more like an expression of disapproval for them. Hence, barefaced racism and you’re criticised.

Even though Kim K. attended the Met Gala in 2013 with her Kanye West, before that she wasn’t invited! Imagine how painful and embarrassing it must have been for the reality star and her fam jam! Now they’re a staple because all is fair in fashion and war!

AND NOW THIS IS WHAT SIDDYSAYS PREDICTS…

This year’s theme, Heavenly Bodies: Fashion and Catholic Imaginations is going to be ridiculously controversial (just like the name suggests) because a dress is really important and goes far down in Catholic history.

(PS. We aren’t preaching religious sentiments or references here), so we’re pretty sure that some celebs are going to be questioned for their sartorial choices and we’re thinking it’s going to be big!

THOUGHTS FOR FOOD : AN APPLE A DAY 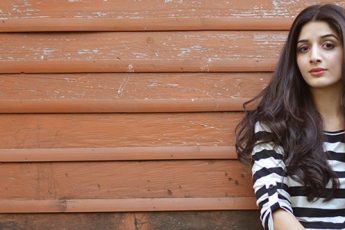