Arriving in an estimated $1.5 million, DB10 Aston Martin, sporting a Tom Ford Tuxedo and $7500 Omega Seamaster 300 wristwatch, James Bond is all about dapper looks, laser precision tactics and an eye set to kill.

The twenty-fourth installment of the James Bond series, Spectre-007 perfectly encapsulates action, suspense and succinct Bond story line for two hours and thirty minutes. It casts the heart-throb, Daniel Craig once again, for the fourth (and perhaps the final?) time as James Bond who endeavors on a rogue mission to excavate his woeful past. The story-line picks up from the last in series, Skyfall and throws in references or two that not just enables the audience to connect the dots but also make them nostalgic about the Bond-series they have grown to love. 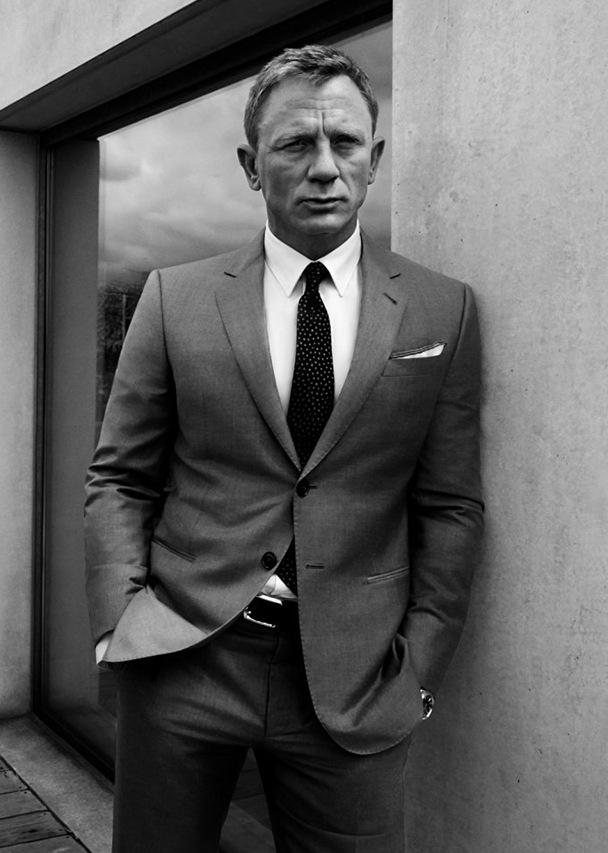 The movie opens with ‘A day of the Dead festival’ celebration in the heart of Mexico city, where a cryptic message from the past allures James Bond towards an adrenaline rushed scene involving, blast, wrist fights and out-of-control helicopters. In the opening scene alone, the dusky Mexican landscape and unnamed enemy meet their fatal end, but that marks the start of an extravagant chase sequence that spans on to Austria, Rome, Morocco and finally London.

The audiences board on a journey with Bond, who despite his suspended duties is adamant to trace down linkages to Spectre – the world’s most sinister organization. While on one hand, he buys in a 48-hour escape from his tried and trusted friends, Eve Moneypenny and Q, to overcomes numerous near-death experiences and trace the head of Spectre, Franz Oberhauser with whom he shares past-deep connections with; on the other hand, the headquarters of MI6 have come under the scrutiny of Centre of National Security. They continue to pose challenges the agency’s authority and threatens for an agent replacement.

But will MI6 really succumb to pressure or will it regain its control?
In midst of staying under radar, and carrying out elaborate action-sequences, Bond comes across the enthralling Dr. Swann (Lea Seydoux), the daughter of an old nemesis who may have the missing links.

There’s a lot about the movie itself that reverts to the past installments of James Bond, but with that said, there were also numerous instances in the film, that added up to nothing. From a beef, brutal and awfully wordless villain to the over-the-top credit scene and verbosely monolingual Christoph Waltz near the end, that lacked cohesiveness.

As a whole, in terms of the story-line fans of the Bond series give a lukewarm response, but the action-junkies respond otherwise.