MUSHK EPISODE 4: KEEPS YOU ON THE EDGE

Mushk episode 4 was yet another engaging and entertaining episode that kept me on the edge of my seat. I was so thoroughly engrossed and realized that 37 min and 25 seconds aren’t enough for me to be fully satisfied. Kudos to the all the actors for giving us such good and meaty performances and make us feel that way.

You know what excites me about Mushk is that, Imran Ashraf has given the script a novel-like vibe because nobody is in rush to get over their part, no matter how big or small it is. Whether it’s Zulekha or Mehek, Muqaddar Khan or even Munna for that matter. From every individual actors body language to the way they emote their feelings, whether it’s a glare or plain humor, comes off as natural and relatable on screen. I’d definitely credit the writer for putting in such details for all the actors to know their cues and taking it slow and steady whilst unraveling the plot. Monday has to be one of my favourite days!

Now, Mushk episode 4 was a very interesting watch because when I saw the promo teaser last week, Mehek’s baby getting kidnapped would have turned into such a big cliche, but thank god, nothing of that sort happened. PHEW! And quite frankly, none of us are curious to get into the usual saas-bahu, extra marital affairs, wives forcing husbands to re-marry for money, sister in laws getting into illict affairs with their brother in laws type plots. So, we got right back on track with that turning into a mother’s nightmare. Ahh! No wonder these promo teasers can be so misleading.

So poor Guddi is a bit of human after all. Mushk episode 4 took us for a little ride in Guddi’s life with that phone call from her mother and voice message from her sister. It’s all about the money, which we already know, however, the element of people who depend on Guddi highlighted her case.

Mehek met Guddi at the train station while she was on her way to Mir Adam and Guddi was hiding from the police station. So they both used each other to help each other to get out of two very miserable and difficult situations. Mehek needed an escape plan so wouldn’t have to break her dada’s trust and Guddi needed both financial aid and a time out. A win-win for all. I liked how Urwa showed the dark side of her character in this particular scene at the train station when she met Mehek.

We know that Guddi’s selfish, sarcastic, heartless when it comes to what she wants, insensitive towards others feelings and a pro at playing games, which was evident when she was waiting at the Mir Adam train station after being thrown out. And so far I like her character. I also enjoyed her banter with Qavi Khan. Their scene added some lighthearted humor to an otherwise serious episode.

And then she and Adam finally meet. Now Urwa may be the protagonist/antagonist type in Mushk, but I am particularly more interested in their angle. Do they have the potential to fall in love? Can she make Adam realize that the person he is so irrevocably in love with is in love with another man? The romantic in me is hoping against hope.

THE TRUTH VS ADAM

The scene between Mehek and Adam may have been a slight drag, however it was the crux of Mushk episode 4. He finally knows the truth now, and I loved how Imran Ashraf so sensitively showed his feelings and spoke his dialogues. I felt sorry for him for the shock he received. I thought he’d be mad with rage, be dramatically hurt, which he was, but Adam never lost his composure which made him stand out from everyone else. A trait every desi woman loves. (Imran Asraf, your wife’s a lucky gal). And as he listened to Mehek explain Guddi’s background, I wondered why Shayan never came up, which frustrated me as I wanted to know more. An other conquering moment for Imran Ashraf as Adam was his conviction to help find Guddi and Shameer. He’s a soft spoken, but determined guy (c’mon he’s been in love with Mehek since bachpan se, isn’t it obvious?)

By the way, why is Zulekha up against Adam? We still don’t know who and where does Adam come from? Does he have to do anything with Zulekha’s husband? My mind’s working like a detective right now! I didn’t know that Momal Sheikh was that good of an actor, but she surprised me and did a fab job. 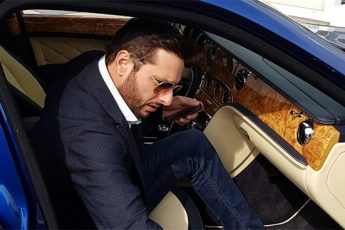 WHY ARE THESE CELEBS SNAPPING?