Mushk episode 9 was a thrilling watch last night. It was great to see that all the characters were given ample screen time and every scene made sense, linking them to all the situations that have occurred in the past 8 episodes. The entire narrative of Mushk episode 9 was balanced on all kinds of emotions from all the characters that we saw. From dada jaan being grateful for things turning out the way he’s planned, to Roshni and Mehek’s sense of impending doom without their beloveds, Zulekha playing evil to Adam sacrificing on his childhood dream through pretense, and the only two people mourning Akram’s death, Mushk episode 9 was exciting and fast-paced.

Moreover, I am glad that we got to see and feel Adam’s presence in Mushk episode 9 as he reveals parts of himself that have been concealed under all those layers of his personality. He has a heart of gold, no doubt but I want to see him break free from being the do-gooder and rebel for what he wants. His interaction with Guddi was the highlight of episode 9, for sure. They’re on-screen chemistry intrigues me and deep down I hope the smart Guddi can help Adam figure out that he deserves more then just being a karaye ka shauhar.

So, throughout the episode last night, I felt emotional and entertained at the same time because there’s a good amalgamation of sour and sweet in Mushk as the plot thickens.

It was heart breaking to watch Natasha Ali (who plays Muqaddar Khan’s wife) find Sajjad dead in his cell. Knowing the kind of viciously powerful man her husband is, she risked her life to go and see Sajjd again after learning of being betrayed by her husband. More than being sorry for herself, she was at a loss for words for what Sajjad had to go through; being locked up for 14 years, he was alone and in torment whilst she lived with the lie of his disappearance. What happened to both of them, impacted one of them more and in this case it was Sajjad, who was enslaved in a cell. And I am utterly glad that, being lost in the string of her emotions, she was able to talk to Shayan about it. Their dialogues and feelings were intense and you could relate to their pain as they both bade farewell to a man who was an important part of their lives.

In all this though, Muqaddar Khan played out his role equally well, a shrewd and staunch man who doesn’t care about anyone. At times I’ve tried to read more into his character, but Ahsun Talish plays Muqaddar Khan the way he is – brutal.

These two women with fierce tempers continue to plot and manipulate lives of their families. Guddi doesn’t seem as vile as Zulekha, because Zulekha will go to any lengths to get her revenge and we saw that in the opening shot when her beloved Doctor sahab was treating her husband and injecting him with something poisonous. Since Guddi plans to take Zulekha down, she’s on her case and will get to the bottom of what’s going on in Zulekha’s personal life whilst plotting Roshni’s future with Saqib to take her mother down. And from the looks of it, it will be a show down (thanks to the promo of Mushk episode 10). We know Zulekha is heartless and the way she’s been controlling Roshni’s life to show herself in a position of authority is disturbing. Does she truly not love her daughters enough to play with their feelings?

We’ve known Guddi’s motives from day 1, her character is probably the most honestly written and Urwa plays her to her best. And I will also applaud Zara Tareen for making us hate Zulekha. She’s definitely doing something right!

I won’t lie, I was thrilled to watch Imran Ashraf and Urwa Hocane together and their scene was the highlight for me (personally). I like how they both stayed in their characters while exploding like fireworks on screen through their conversation. Imran was being his kind self, still trying to save Mehek and Urwa was being the mean and I-don’t-care self and flirting with Adam. With Imran Ashraf’s writing, I don’t think we should even be predicting the plot because things always go sideways, but dare I say that we’ll be soon watching Guddi showing her interest in Adam and he will probably be struggling to be around her and help Mehek at the same time. Ah! The heart wants what it wants!

Mushk episode 9 was a brilliant watch that flowed seamlessly without giving me a knee jerk. I am already psyched about the promo of episode 10, Guddi is in action and all hell’s going to break loose.

MUSHK EPISODE 4: KEEPS YOU ON THE EDGE 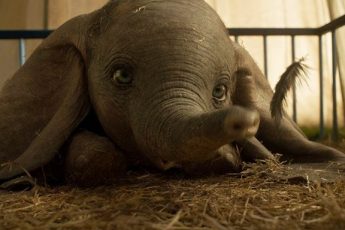 MOVIE REVIEW: SHOULD YOU WATCH DISNEY'S REMAKE OF DUMBO?