Drama serial Mushk picked on the pace from the first episode and continued on with ep#2 on HumTv, giving us further details into the lives of the characters it had introduced; Mehek, Guddi, Shayan and Adam with each one of them entangled in their own lives. The suspense was gripping and very smartly revealed, eventually making more sense as the narrative rolled.

We were finally able to join pieces of Mehek and Shayan’s love story and how they ended up where they are now. You see a huge contrast in Mehek’s (Momal Sheikh’s) character from a chirpy girl in love to a restrained woman with a child and an absent lover. Apparently Shayan and Mehek’s lives get entangled with her friends love story who is cheated by her lover back at home, so she commits suicide. She leaves Mehek in a vulnerable position and gives way to feelings of insecurity and doubt when Shayan tells her that he’d be visiting Pakistan to see his ailing mother. So as guarantee for his return, they get married

Flash forward in the future, Shayan finally escapes his captors, trying to find his way. Interestingly Shayan’s journey towards Mehek explains his misery. It is shown that Shayan’s mamu (played by Ahsun Talish) and mother had decided on his marriage to one of his cousins who’s barely in her teens. An unfortunate situation that happens to exist in the Pakistan’s rural setup. Shayan’s disagreement to this situation may have resulted him in jail. A happy-go lucky guy who got married to the love of his life, and had promised her of his return ends up trapped in a archaic traditions that put a stop to societies growth and development.

WHAT IS UP WITH GUDDI?

Besides the fact that Urwa Hocane has done a good job so far playing a silly, sarcastic, always read to put up a fight or an argument, incessantly laughing over every small thing and just having a tapori-type vibe, I was irritated by her lack of depth and sensitivity. When you see Urwa and Momal’s characters, you see two very different people who are like North and South Pole, while one is mellow the other is over the top, one is loud and the other is silent. So when Mehek is narrating her story with Shayan, Guddi was either taunting her for her doings or simply mocking their kismet for ending up like this. And then there were these snippets of wordly giyaan with her childish attitude that just irked me. Does she like to see people suffer? I felt sorry for Mehek who was consistently showing tolerance towards her jibes. But either way, I’m looking forward to different shades of Urwa’s character as Guddi in Mushk.

Oh the sweet Adam! I like how Imran Ashraf has played him in the first 2 episodes. His character is so hopelessly in love with Mehek that you can’t help but smile at him. He cares about everyone. He wont take the car out at night because ghar walay pareshan ho jayenge so he walks 1 km just for Mehek. The scene where Mehek gives him a towel because he’s drenched almost showed this spark in her eyes that she too may like him? I could have been reading wrong but their wordless communication almost seemed romantic. But you know what? Imran Ashraf is definitely the romantic hero. So we want to see their interaction which will get crazier once Shayan returns. 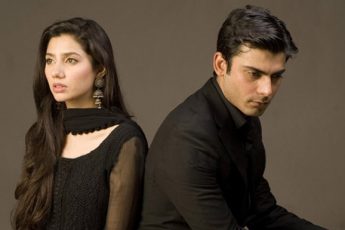