We’ve got a long weekend ahead, and if you’re a K-drama addict and are looking to watch something new, here’s a list of new 7 K-dramas to watch right now from multiple genres so you choose according to your mood!

From fantasy shows to crime dramas, tragic tales to mysterious thrillers and complicated love stories, the following new 7 K-dramas to watch right now are being widely appreciated, some criticized, but nevertheless (get it?), loved by their viewers, including Team SiddySays!

So here’s the list of new 7 K-dramas to watch right now.

MY ROOMMATE IS A GUMIHO

My Roommate is a Gumiho is a fantasy/romance /comedy tv series about a 999 years old male fox who is on the verge of becoming human with just 1 year left. However, he meets a young college student who accidentally swallows his fox beads. So he must protect her in order to retrieve his beads and proposes that they live together. What happens then?

Well, we can’t tell you that, but you’ll find some hilarious moments, coupled with longing and jealousy with the second male lead being such a charmer. Overall, My Roommate is a Gumiho is a light-hearted tale that will instantly lift your mood!

Law School has been getting a lot of hype on social media because of being a legal K-drama and we’re going to straight-up tell you why you’re going to love this show.

From learning how to get by in tough situations, to handling an abusive relationship to learning through grief, Law School is a pretty satisfying show to watch. And we’re hoping for a season 2 reboot!

DOOM AT YOUR SERVICE

Doom at your Service is also a fantasy/romance tale between a human and a supernatural being. The female lead finds herself being diagnosed with Glioblastoma and has 3 months to live, so having had a tough life, she wishes to bring Doom upon Earth and unconsciously summons Doom (who is neither human nor a God). Through a verbal display, she gets into a 100 days contract with him where he’ll grant her 1 wish so she can live out her days peacefully.

Doom At Your Service will keep you on the edge with its stellar performances from the main leads as well as the second male leads (yes, there are 2) and a second female lead. There’s anticipation, tragedy, the will to survive, falling in love all over again, to live life and just be happy.

Ps. Seo In Guk (who plays Doom) will surely melt your heart!

Move To Heaven is a sentimental and heart-wrenching portrayal of life, death, and humanity. A formidable father and son duo offer a service with their company Move To Heaven and approach every room of the deceased they clean with respect and care to learn and tell stories about the people who have passed by sifting through their personal belongings and sometimes helping their families move on or help resolve issues surrounding their deaths. The son has Asperger’s syndrome, so when the father passes away, he’s at the mercy of an uncle he never knew existed and is now his legal guardian.

Move To Heaven is a nostalgic re-exploration of humanity with multi-dimensional characters and a tough reality check for all the characters that’ll teach some sweet and meaningful lessons.

Nevertheless is a romantic coming-of-age tale between 2 art students who end up in a friends-with-benefits kind of relationship. While one’s a cynic who doesn’t believe in love, the other is a confused anti-romantic. But despite being skeptics, the two leads are attracted to each other to the point that they fall in love. But what’s stopping them? Both the characters have their mysteriously complicated lives that will unravel since the show is currently on air.

While the critics aren’t sure whether to skip Nevertheless or stream it, I’d say watch it for the main lead!

Vicenzo is a wild show that will grip your mind and absorb you in its plot while toying with your emotions because all the characters are so chaotic and the plot twists will just real you. The male lead is a mafia consigliere who goes back to his home country to tear down the Geumga Plaza building and claim his hidden gold. A lot happens and Vicenzo somehow ends up fighting for the tenants’ rights. But who are these tenants?

Vicenzo has a gripping storyline, the cinematography and CGI is just wow with a story that you think is actually a crime drama but in reality, it will also leave you in fits!

All in all, an action-packed dark comedy, Vicenzo is a mood booster and a must-watch!

Youth Of May is a love story between a medical student and a nurse who fall in love during the Gwangju Uprising of May 1980 in South Korea and mind you that it’s not a simple love story from the onset. The experiences, emotions and situations are intense so don’t expect a fun rom-com LOL moments in Youth of May. Every single character seems to have an impact along with the lead so we’d recommend that you watch Youth of May.

Ps. Here are some underrated Korean dramas that you might have missed.

DOOM AT YOUR SERVICE KDRAMA LAW SCHOOL MOVE TO HEAVEN MY ROOMMATE IS A GUMIHO NEVERTHLESS SiddySays VICENZO YOUTH OF MAY
Share:

5 ACTORS ZARA NOOR SHOULD BE PAIRED WITH

GISELE TO PRESENT THE WORLD CUP 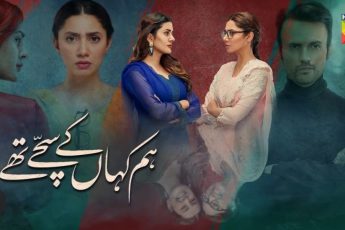 « Previous post
VIOLENCE AGAINST WOMEN IN PAKISTAN
Next post »
Here’s Why You Should Not Miss ‘Ghan Chakkr’ This Eid!