Anticipated reunions, apprehensive attacks, looking out on approaching demise in lovers’ embrace, a tumbling city, and the end of a journey — regardless of how I, a fiercely proclaimed Game of Thrones loyalist views it, the reality is that this glorious, maddening show has officially come to a finish line.

Game of Thrones has ended

The most rigorously-followed show in the history of episodic cinema, it had become a weekly communal affair for all. Whether you were a fiercely faithful fan of the Starks, or applauded the dysfunctional Lannister’s for their cunning games, there was undoubtedly a whole community of followers that had come together, globally, to discuss, bicker, and weave theories about what this spectacular yet exasperating show had in store for us next.

The final episode of the final season of Game of Thrones, ‘The Iron Throne’ begins with everyone walking around the remains of once-splendid King’s Landing, looking crestfallen. And, understandably so. Thousands of innocents have either been roasted alive by Drogon’s breath of fire, or fallen prey to piles of tumbling rocks from above. But, Dany, the Mad Queen’s, reign has just begun.

Tyrion, who already is distraught thanks to him witnessing Daenerys’s lack of self-control whilst in a rage, and after locating the remains of his dead siblings, realises just that: Daenerys was supposed to be the breaker of chains, but her fascistic entrance as the next Westerosi queen suggests she’s just another dictator. She makes use of the term, “liberated,” but other people might describe her mission as a cataclysmic massacre.

There is another person who realises just that, but, has done little this season other than to sport a grimace, and inform everyone who’d bother listening: “She [Dany] is our Queen now.”

Really, Jon Snow? Can’t you see that your beloved has lost all her brain cells?

Thankfully we still have a bunch of people who aren’t going to let Jon get away with being his dumb self. Arya is one of them. She tries knocking some sense into him she runs into her big brother after Dany’s senseless torching down of King’s Landing.

That compounded with Tyrion’s earnest beckoning in the following words, “Sometimes duty is the death of love,” appears to have made some effect on him. Jon and Daenerys’ last scene is a reminder that acting on behalf of the greater good means sacrificing the individual need.

The Mad Queen is silenced forever with a dagger thrust into her by her most loyal comrade, her lover, hers by blood, Jon Snow — followed by a heart-wrenching wailing by Drogon, an emotionally distraught dragon-child whose mother is dead now.

Up until this moment, GoT’s fancy writers probably had at least some of their sh*t together, but following Dany’s passing away, the show ceased to make whatever little sense it had made this season.

Jon is imprisoned for killing Daenerys; Tyrion is locked up for releasing Jaime. A meeting (of the mindless) is held featuring all the elite of Westeros. The prisoners’ fate needs deciding, but there’s no King nor a Queen to do the honours. If there’s one motion they can all agree upon, it’s that Westeros needs a new ruler.

Tyrion, forever the voice of reason, (BUT: he is a prisoner. Which gathering of the elite listens to a man in chains? WT**** again) chooses Brandon Stark, who first smirks, then replies: “Why do you think I came all this way?” Creep.

After eight seasons, dozens of royal schemes, and countless battles, Bran Stark is now the King of Westeros. NO, it doesn’t make any sense, and, YES, it shall haunt us for long.

To sum it up, certainly with more elegance, than the characters were bestowed upon in the show, we’ll wrap it up for you: Tyrion is appointed as the new Hand of the King, Jon is sent packing for The Wall, Sansa demands (and is granted) North to be an independent state, and the Unsullied set sail for Naath.

Oh, and by the way, Drogon breathes down fire on the Iron Throne, melts it like a grilled cheese panini, but leaves Jon unharmed. Okay.

As an end note, with all being said, despite our many (MANY!) moments of disappointment, and all the times we muttered WT****, Game of Thrones will always remain that one show that hardly ever failed to deliver the unpredictable, the unprecedented. This is why we are so emotionally invested in this mythological epic fantasy. And if you as a show runner, you can accomplish that, that’s called SUCCESS. 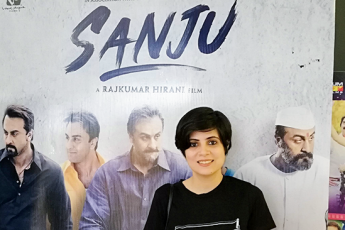