The Pakistan fashion industry is evolving and has opened new doors for hair and makeup artists to experiment with techniques and trends that have earned them critical acclaim. Similarly they’ve managed to change the imagery of celebrities and models on ramps and runways with brushstrokes which is why these makeup artists from Pakistani showbiz have made it to our list and we are proud to rave about them! 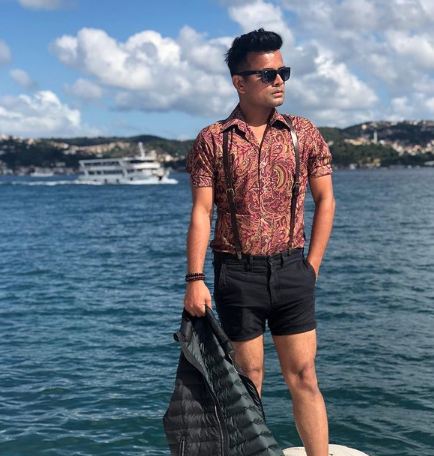 Adnan Ansari is one of the top hair and makeup artists and one of the most favourite to work with (literally) both in Lollywood and Bollywood. From film shoots, to award appearances and brand shoots, Adnan Ansari is loved for his talent and charm as one of the leading MUA’s.

L’Oreal Pakistan’s hair and makeup expert, Saima Bargfrede is known for her cutting edge persona and style. She is one of the contemporaries who’s style philosophy has her associated with the top brands and names, and is probablythe coolest person you’ll ever get to meet!

Nabila is an award-winning celebrity hair and makeup maestro who is running her kingdom like a pro. She has redefined the world of fashion and imagery and has presented Pakistan on international platforms with her intelligence and ever evolving fashion sense. You can spot a Nabila’s salon near you in the major cities of Pakistan and expect gratifying results.

Qasim is a beauty guru with a name on the tip of everybody’s tongues and associated with super stars to award shows. He was winner of the best Hair and Makeup Artist at the Lux Style Awards 2018 who paints his own interpretation of makeup and hair on models and celebrities alike which is why we love him as one uber-cool MUA!

With a sky-rocketing career, Hannan Siddique aesthetics as an MUA is a work of glamour and simplicity. He loves to play with different looks and incorporate techniques that redefine beauty as per international standards, and yet maintain the earthiness of the Pakistani woman in hair and makeup.

She’s creative, loves to experiment and has paved new ways in the fashion industry in just two years. Celebrity makeup artist, Fatima Nasir is the one of the most sought after MUA’s right now. Her makeup streak is that of an artist who thinks in colours. SiddySays had an exclusive chat with her over her love for makeup and drive as an MUA and we were struck by how contrasting her work and personality is! Read more about her here

Shoaib Khan’s excitement and passion as a makeup and hair artist is evident in the number of times he has been nominated for his craft. He’s quiry, he’s cool and he’s really really good.

Balmy beige tones, matte browns, satin tans, and natural pink lipsticks are some of the best nude lipsticks that every girl should own in her makeup kitty this season. A red lipstick is classic, a pink lipstick can add...

With the Covid19 restrictions and precautions, the Emmys 2021 are back IRL with some stunning and swoon-worthy red carpet looks. All the celebrities were dazzling us with their best fashion, hair and makeup looks. Minus the zoom screenshots from...

2020 was a transition phase, but everything we've known about makeup and beauty completely changed in 2021 (ps: thanks to Covid19). From skinmalism to minimal makeup, we've rounded the 7 hottest summer beauty trends for you. Since the world...

Makeup brands are always the center of attention for females across the globe. While some can afford the high-end brands of cosmetics, others are often confused about brand choices. The reason behind this confusion is the fear of...