Pehli Si Muhabbat episode 2 begun on an a reminiscing note because Aslam and Rakhshi have figured out who the other person is and their thrilling meeting in episode 1 has taken them back to their childhood when Rakhshi used to go to Aslam’s house to learn the Quran from Khala (Aslam’s mother, played by Saba Faisal). Maya Ali and Sheheryar Munawar have so aptly portrayed young love that blossoms behind stolen glances and closed doors, and Ali Zafar’s voice in the OST amplifies the emotions that grow with new found attraction.

On the other hand Pehli Si Muhabbat episode 2 also highlighted that Akram will not back down from creating trouble for Faiz-ullah and his new bride and his mind is constantly scheming and finding ways to settle the matter. In the mean while, Nargis, played by Rabia Butt is trying to make her place in the new house and bond with Rakhshi, but their relationship is turbulent at the moment. So let’s see how things unfold.

Over all, Pehli Si Muhabbat glided on a steady pace giving us moments of excitement and drama with some good performances.

Aslam and Rakhshi are instantly reminded of their childhood which was full of mischief, so when they finally meet as grownups and stumble cross each other amidst chaos, everything comes back and it’s made evident that Rakhshi had always liked Aslam and now Aslam cannot get over the excitement and attraction he feels towards Rakhshi. So much so that he has started ignoring Bushra (his cousin and fiance) which will brew trouble later. We see that the young lovers are looking for ways to see each other, Rakhshi goes to Aslam’s house and leaves imli for him, and he finds out that Rakhshi goes to college everyday only to follow her everyday and get scolded by his big brother Akram for using his motor bike.

Within their love story we also see that Aslam may be young but he doesn’t endorse what Akram and the rest of the town are trying to do with Faiz-ullah, So we are surely anticipating to see when Aslam goes rogue against his brother for inciting intolerance and views that oppose his love for Rakhshi.

AKRAM WILL NOT BACK DOWN

I really like Akram’s body language and the way he conducts himself, which is very firmly. He doesn’t like to be messed with and lives his life according to set rules no matter how conservative, volatile and stringent they are and HSY embodies Akram superbly. You do feel the accent and pronunciation slightly falter, but it also goes unnoticed. Either way, I like how Akram’s mind is working, therefore I want to see him shed his layers behind that tough exterior.

Rabia Butt looks beautiful in Nargis’s role, from the way she looks to the way she talks with nazakat and the way she dresses up, you can read her character. She does come off as someone strong headed with a IDGAC attitude as seen in Pehli Si Muhabbat episode 1 when the mohallaydar come to troll Faiz-ullah, hence we have a strong woman’s role in Rabia Butt, who has seen tough times in her old life. When all the adults ask Faiz-ullah to leave the mohalla or pay up a year’s rent, Nargis gives her husband all her gold to help him, as well as pay penance for the past that she no longer wants to be associated with. Thus, she plays the supportive wife’s part and earns her husbands respect. We still don’t know much about her past, though, and why Faiz-ullah decided to marry her. However, at the end of the episode we do see that she’s trying to bond with Rakhshi. So Rabia Butt’s character may be under the shades at the moment, but there is definitely more what meets the eye.

So far Pehli Si Muhabbat episode 2 went smoothly since it’s the start, but the story will pick up pace when Rakhshi finds out that Aslam is engaged. From Saba Faisal to Nausheen Shaha and all the leading characters, we’re not disappointed, but rather looking forward to this interesting love story. 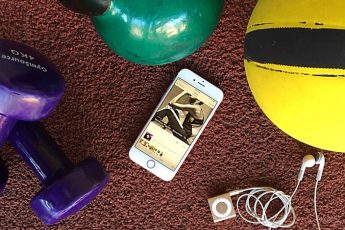 THE WORKOUT PLAYLIST YOU NEED