I have one word to sum up the PISA Awards 2021: Destination Wedding!

Yes! That’s exactly how the international award ceremony looked like; from the outfits to (umm, particularly) Mehwish Hayat and Shehryar Munawar’s performance, which by the way gave me major wedding dance inspo for my brother’s shendi! #sorrynotsorry

But umm, here’s what briefly happened at the PISA Awards 2021.

The second season of the PISA Awards 2021 was held last night and it sure was a star-studded event that honored a rising star like Hassan Raheem and awarded Sonya Hussyn her first award in 17 nominations, while the music maestro, Sajjad Ali lit the stage and got everybody tapping to his beat. But when it came to the red carpet, it pained me to see that none of our stars put in any kind of effort other then to simply opt for regular looks like donning silk sari’s. Reminded me of Aiman Khan at the IPPA 2021 in that black Hussain Rehar sari – which was a hit by the way.

Anyway, while Ushan Shah looked pretty decent in that flamingo-like black gown from Elan, there were major miss looks that gave an over all “meh” vibe on the red carpet.

I think wearing a sari is one of the safest choice at any event, which is why this silhouette was the most popular look. From Sonya to Hania to Sana in silk sari’s, Iqra decided to go a for a banarsi touch (while her beau wore a sherwani #nikkah feels) and Shazia Wajahat in a printed organza sari. Err!

There were a couple of young influencers nominated for their celebrity status on Instagram so I had hoped from them to bring their A game on like they do on social media, but unfortunately these ladies did also disappoint with their personal style.

Last  night was a silent night for fashion! And even though Amar wore a Dubai-based designer, she couldn’t add that glam factor to her look.

Adnan Zafar aka Ken Doll was in his bad ass desi moment! And it did nothing for us!

There was a lot of confusion when it came to menswear.

Yet another safe and boring look for morning show TV host, Nida Yasir, 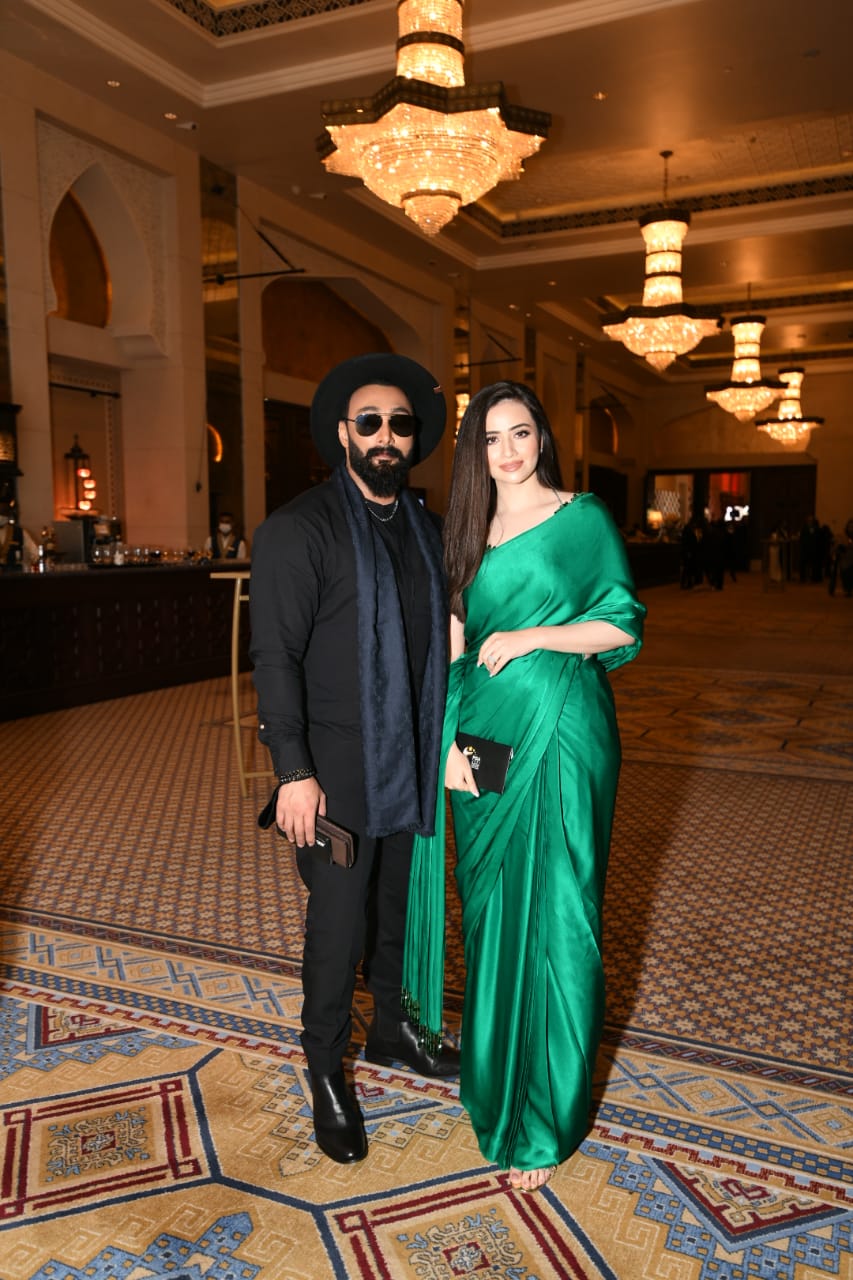 While the Mr. jazzed up, the missus did nothing to amp up the game!

Another kaam wala jora! Hiba’s young, perhaps a blingy suit would have looked nice on her.