RANJHA RANJHA KARDI EPISODE 21: A BLAST FROM THE PAST

Since we all know that episode 20 had ended with a appalled Fehmida after being fully aware what Bhola had done to Noori, but she quickly submitted to her love for her son and was unable to reprimand him for his actions when he realized that he was guilty for what had transpired – he was more upset over the thought of Noori leaving him and Fehmida could not see Bhola break. For her, every step that Bhola takes towards realizing his mistakes and reconstructs his behaviour gives her hope, hope for her son to become the man he ought to be, and the son that she never had. Furthermore, this episode waltzed around Sahir and Noori, now that they’ve met and know what their standing is going to be in the haveli, has brought back feelings of animosity, vengeance, accusations and regret. After Sahir deserted Noori, we saw her stance break, but this episode highlighted that Noori is unbreakable and even though she still remembers the hurt, but she is resilient and will face everything that’ll come her way, including Bhola, whom she stood up at the end of the episode.

However, the episode surprisingly came with some unexpected low’s considering how brilliantly well it had been playing so far, even though they were extremely important and relevant to make up the end of show.

THE DOWNFALL OF EPISODE 21

She knows and senses what’s right and tries her best to salvage any given situation. So when she lied to Nusrat chacha about having a week’s medicines left for Bhola was interesting because she knows that those medicines are affecting his sanity. The big reveal of how she comes to this conclusion is going to be manifested in episode 22.

Fehmida has entrusted Noori with the “ghar ki chaabiyan” and this is going to be a huge responsibility for Noori and a knife in the back for the other members of the house. How Noori is going to use this status, or exploit this power in the house is going to nag one family member and that is Nusrat chahca and we’re going to see him deal with this situation. 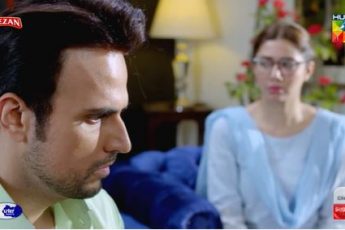