After watching episode 26 of Ranjha Ranjha Kardi, all I desperately seek is answers for the so many questions that the past 3 episodes have raised since Sahir’s reappearance in Noori’s life, from the moment Sahir and Nusrat join hands, to Noori’s cold and callous behaviour. In this episode, Noori has unapologetically pushed all boundaries to get what she wants. She’s tried and tested Bhola so that he could get violent with him and give her a fair reason so she can rid herself of this marriage of inconvenience. And amidst all the chaos, all Bhola wants is that his dulhan never leaves his side. Imran Ashraf is the star of this episode, I felt an abundance of remorse and pain for his his inner turmoil, and the way he translated his emotions with such finesse, is commendable. Moreover, with everything being played out earlier by Nusrat, and now with Sahir and Noori’s addition, we wonder where it leaves Bhola.

Anyway, we know that Noori had decided to leave Bhola earlier on, and everything that has happened thus far is a result of her one decision so here’s what we think:

How can Noori trust Sahir again? Didn’t she learn from her past and the time when he kicked her out of his house and left her in ruins? Perhaps she is not really the wise one after all to have fallen for Sahir’s devious nature and how he’s being cleverly calculating every move. From his plans and actions, it is clear that he doesn’t even care if Bhola dies, as long as he gets to have Noori. He is still betrothed to Komal and planning to spend his life with Noori. Come to think of it, Noori is right when she says that, for Sahir its only a matter of win-win, which is a boost for his ego, the rest is just collateral damage.

Noori has a toxic relationship with Sahir, and she only knows how to love and not be loved in return. She does not realise but that true love comes from Bhola, however she is back to the point where she cannot bear his touch anymore. When Noori got married to Bhola, Amma Janate had asked her to let go of her ego and embrace life as it is and the people who came with it, until she met Sahir. And now Noori is back to being vicious and rude without having the slightest bit of heart that she once had for poor Bhola. For Noori, it never was love.

We know that Noori has been regularly giving Bhola the medicines, however they’ve stopped effecting him and we don’t know why. Do you remember that Sahir had the prescription he found in Nusrat’s drawer checked with his friend and came to the conclusion that they were being given to worsen Bhola’s condition. In episode 25, when Noori came to meet Sahir in the first scene, Sahir hands her a piece of paper which she doesn’t read. Now we know Sahir asked Noori to give him medicines on time, what medicines were those? What if those medicines are meant to make Bhola alright which is why he isnt reacting aggressively? Now what if Sahir has convinced Noori that he wants her so he can make things right for her when he is not around for some sort of payback for what she did for him and how he treated her? Are we getting anywhere with this?

Since Noori got what she wanted from Bhola, we see Ama Janate visiting and Rizwana speaks the entire truth about Noori’s past. Then we see Noori leaving with her bags packed. Bhola is MIA. So what’s going to happen when he finds out that his dulhan is missing.

Somehow, we have hope that all’s going to end well. 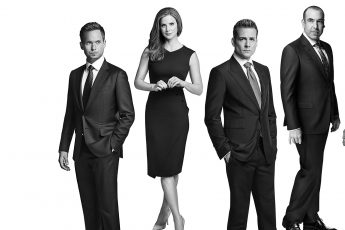 « Previous post
GAME OF THRONES SEASON 8 EPISODE 3: THE LONG NIGHT AND WHAT IT MEANS
Next post »
A REAL GUIDE ON HOW TO REDUCE YOUR STRESS LEVELS