By visiting the Liberty Market Gardens you will come across Rashid Rana’s recent project – My East is Your West. Inspired by a verse of Ghalib it has been aptly named as Asl-e-Shuhuud-o-shaahid-mashhhuud (The viewing, the viewer and the viewed). It is a component of a larger series of works called Transpositions, currently being exhibited at the 56th Venice Biennale. 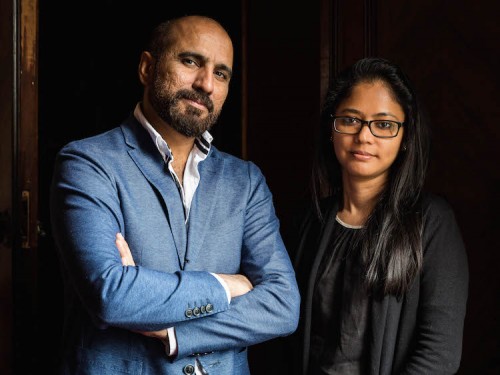 The installation is a joint collaboration between Rana and Shilpa Gupta, from India. “It explores the continuous negotiation between the actual and the remote. The former holds the body and sensory experience as the site and means of all knowledge, while the latter is made up of all indirect sources of knowledge including history, collective knowledge or contemporaneity happening elsewhere” commented Rana when asked about the idea behind this venture.

The artist is mainly interested in subverting the one-dimensional idea of location and chronology: the two concepts are often assumed to be linear and static but Rana wants to challenge that notion with his work which allows multiple possibilities. Visiting the exhibit set in the heart of Lahore you enter another world. You cross all barriers of culture, time and space as you are transported across the globe to Venice, with a simple virtual connection. It is a recreation – a direct mirror image of the room in the Palazzo Benzon, whereby blurring the boundary between the viewer and the viewed.

As a virtual connection is established between Lahore and Venice, viewers to either room see an identically mirrored space through which an-‘other’ public flits through.  While on a simpler level it aims to break stereotypes it also blurs the boundary between the viewer and the viewed, allowing visitors to introspect on the reflection and dependency of one’s self in an image of the other. 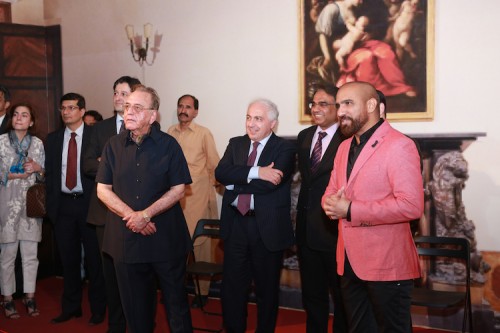 Visitors from both cities interacted in many surprising and meaningful ways with two which particularly stood out: a lady from Lahore who sang a song for the audience in Venice and another incident where a couple in Lahore connected with people in Italy by conversing in the language and reminiscing about their time spent in Venice years ago.

When asked what Rana intended on achieving from this initiative, being quite a different one, his reply was simple – to lessen the exile that Pakistani artists feel while at home, along the lines of what Quddus Mirza once said.

Lahore has always had a place in Rashid Rana’s heart and he was gripped by an irrational desire to feature the city in his work somehow. By doing so he has created a link between two culturally rich cities, shedding light on the positive side of Pakistan, in addition to making memories that people will always cherish. Art has always played a prominent role in our history and such initiatives will surely reintroduce art into the discourse of our country, as it should have always been.