With exceptionally good plays on air, especially this year, last night we were so glad to see something as thrilling as Ye Dil Mera which does not revolve around the typical saas-bahu saga, and  nor does it have the regular boy-meets-girl story. Instead it promises to be a drama which will have a lot of layers in its plot, AND that for a change is very refreshing to see.
.
Written by Farhat Ishtiaq, her stories are always come straight from the heart and are developed so well that her characters do not feel like they are fictional, rather they always remind you of someone you once know. Hence you are bond to form an emotional connection with each and every character just we like have within mere 2 episodes with the young and vivacious Noor ul Ain essayed by Sajal Aly, Aman played by Ahad Raza Mir and Agha Jaan by the fabulous Adnan Siddiqui.
.
With the story revolving around these three characters (for now), Ye Dil Mera in just two episodes has left us wanting to see more as the plot is slowly being unveiled. Noor ul Ain and Aman are fighting with their past demons, unseen forces that are bent on deterring their progress in life, reminding them that the past is something which they should never forget. And we want eagerly want to know how these two integral characters are connected to each other.
.
Last night when Noor ul Ain asks Aman how he knew she had short hair while growing up made us realise that these two have met before (prior to their first meeting at the wedding in episode 1) and that it isn’t a coincidence and rather it was a planned move. Aman’s reaction gave way and Noor’s father had been waiting for this moment.
.

.
Now our prediction can also be wrong, but the sign of a well made drama is based on the fact that the viewers are left trying to figure out what could the story possibly be behind these characters and the credit for that goes to the director Ahson Talish who within that hour made sure the episode had all the elements to strike a chord with us. Having succeeded in achieving that another great thing about Ye Dil Mera is the way the story is moving ahead as it is fast paced, well edited and has relatable dialogues, thus making it easier for all to understand.
.

.
Besides an impressive story line, we also love the cast and are glad to see Ahad and Sajal pair up once again after Yaqeen Ka Safar and Aangan for this as it allows them to perform to their full potential as both their characters are complex which we saw last night. Noor who has nightmares which leave her completely drained and seeking medical help while Aman who is a happy, young and successful business man during the day, surrenders to a private room where he sits alone, plays the piano and weeps.
.

.
With a natural flair for acting, Ahad and Sajal were a delight to watch in these particular scenes as they switched from one emotion to another with complete ease, making us sit upright to realize that not everything is as rosy as it seems in their world.
Adnan Siddiqui who can also be seen currently in drama Mere Pass Tum Ho, is also impressive since he he has played a role completely different from the playboy Shahwar. In Ye Dil Mera he plays Sajal’ss father who loves her to bits but is a shrewd businessman who will do anything to protect his daughter.
Written by Saira Khan
Adnan Siddiqui Ahad Raza Mir Hum TV Mira Sethi sajal aly Yeh Dil Mera
Share:

5 Reasons Why ‘Mohlat’ Is A Must-Watch Drama 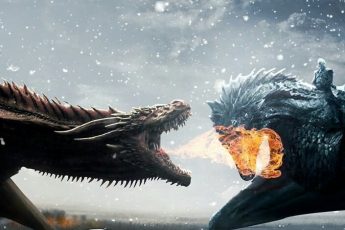 « Previous post
ALIF EP#6 IS ABOUT THE PAST, EMOTIONAL TURMOIL & REVENGE
Next post »
7 WAYS TO SWITCH UP YOUR SKIN CARE ROUTINE THIS WINTER