Women in Pakistan have long suffered at the hands of the patriarchy. However, as we move deeper in to the 21st century, it seems that progress may not be as far ahead as we had once imagined. Women like Uzma Zahid Bukhari and Hina Butt have exercised their agency as members of the Assembly and introduced two new resolutions. The Punjab Maternity Benefits (Amendment) Bill 2019 and the resolution addressing dowry in Pakistan. The resolutions call for increasing the benefits for expecting women and for ending the dowry practices throughout Pakistan.

For too long, the Pakistani society has endorsed dowry practices. Although it may be a social practice, it is high time that the government regulate toxic practices that put undue pressure on women and their families. MPA Uzma Zahid Bukhari called for this resolution just last week in the Punjab Assembly. She adds that this practice is not part of the state religion i.e., Islam and as such should not be practiced. While Punjab has just passed this bill, it is interesting to note that the government of KPK just last year has already passed a bill on dowry and wasteful spending on weddings. According to the bill, the bride’s family cannot spend any more than 0.2 million as gift. Any one demanding more, will be fined 0.3 million or a three-month sentence.

Where the maternity benefit bill by Hina Butt is concerned, we spoke to the MPA herself for an exclusive insight on the amendment of Punjab Maternity Benefits Ordinance of 1958.  This bill calls for more benefits for expecting women asking that both the contract and permanent women employees get benefits during pregnancy. 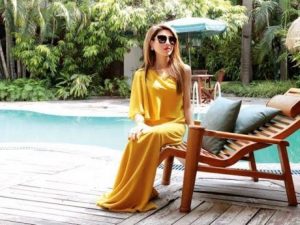 The Punjab Maternity Benefits (Amendment) Bill 2019 was submitted in Punjab Assembly demanding more benefits and security for the women at their workplaces during the maternity and pregnancy days. This is meant to facilitate and encourage women’s workforce participation. As such, every workplace having fifty or more employees will have to establish a ‘Day care Centre’ reserved for the use of children up to the age of 6 years. The bill further states that every women will be allowed to visit the day care centre four times a day. Maternity leave will be raised to 26 weeks and can be extended depending upon the health of mother and child. In cases of miscarriage, six weeks paid leave. Furthermore, a fine 0.5 million will be imposed on violation of this ordinance.

Speaking to SiddySays, Hina Butt said, “To address the issues of all working women in govt / pvt sector, we proposed new amendments to the original Punjab Maternity Benefits Ordinance 1958 with the some key (amendments) Bill 2019. The original ordinance proposed a 12 weeks Maternity leave which has now been expanded to 26 weeks. We have proposed a 6 weeks leave in case of miscarriage, one month leave if any sickness arises out of pregnancy, delivery or premature birth of child. Another very important aspect of the bill was the inclusion of mandatory establishment of daycare facilities with any workplace employing 50 or more females, provision of 2 nursing breaks per day. Now, a female employee may visit the centre 4 times a day. If passed it will be hugely supporting and beneficial for the working mothers. Last but not the least, introduction of a claim procedure/mechanism to address the non-provision of maternity leave permitted under the ordinance or the non-payment of maternity benefits.”

Further she added, “The existing law didn’t provide any proper procedure / mechanism to fully address that issue as any violation of the original ordinance only led to a minor penalty of PKR 3000.”

TIPS FOR SELF-CONFIDENCE TO MAKE YOUR IMPRESSION LAST

Do you wish to have sky-rocketing self-confidence that makes you feel equipped to deal with whatever life throws at you? The essential point to remember here is that nobody is born with limitless self-confidence. Instead, it is a skill that...