Sinf-e-Aahan ep 1, simply put, was an interesting 38 minutes to watch and we’ll credit the opening scene where we saw our leading ladies backed up by the nostalgic and soulful Zeb Bhanghash’s voice as each character reflected on their lives as well as their individual struggles which were later revealed to us. So, the tone was immediately set and we were introduced to the main leads right after.

Sinf-e-Aahan is neither your average saas-bahu consipiracy theory, nor is it a plot about a cheating spouse, rather it’s about women from different cast, cultures and creed, and social strata, who have dreams, hopes and aspirations and yearn to break conventions and stereotypes of women simply as homemakers. So Sinf-e-Aahan is a story for women and about women.

Moreover, othan the fact that women are demeaned, mocked and considered incapable of achieving big as compared to men, some gripping and underlying societal and psychological issues were highlighted in Sinf-e-Aahan ep 1

The entire production of Sinf-e-Aahan ep 1 was a masterpiece and the supporting cast of Usman Mukhtar, Ali Rehamn, Asad Siddiqui Meerab, Saba Parvez and Usman Peerzada looks compelling in taking the story forward and we’re read to be introduced to the other characters and their stories.

In case you missed details on Sinf-e-Aahan 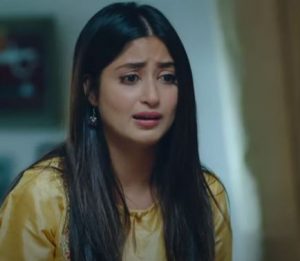 Sajal Aly’s conversation with her friend immediately emphasizes on her woes in life. Being a bright student all her life, for the past 2 years she is faced with the tough situation of getting married, and aptly throws light on the tiresome and exhausting rishta culture that is impacting her mental health, while all her friends are fulfilling their dreams. Her conversation with her mother shows two generations stuck in a situation where one is faced with societal pressures of being parents to a girl and the other is forced to deal with the rejections, demands, live up to to other people’s checklists (that she has to go through to be the “perfect match” for someone). Usman Mukhtar plays Daniyal, her older brother who also is in the Army. 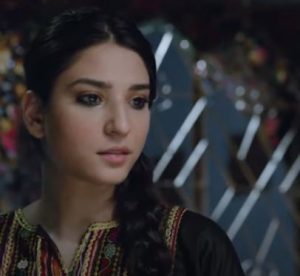 Set in a small village in Balochistan, Ramsha Khan essays Parivash who instantly comes off as a strong girl who embodies leadership skills. She’s educated and opinionated at the same time, which irks her mother because she is not your typical stay-at-home girl. Based on her conversation with her father, Parivash is not afraid to stand up for what is right because she’s educated and therefore aware, but because she’s a girl, therefore she’s supposed to behave in a certain way and adhere to her tribes values. 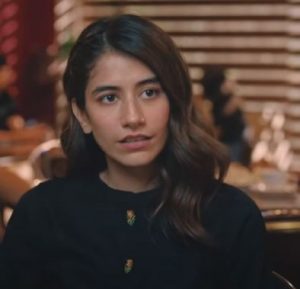 Saira Yousaf returned on our TV with a sweet character of Arzoo Daniel and she wishes to join the Army as an English language instructor in the Education corps, however her love interest, Naurez played by Asad Siddiqui doesn’t think she should join as she lacks the confidence. They’ve been together for 5 years, however he isn’t ready to get married just yet. We see Arzoo as a mind-your-business type of a girl who keeps her thoughts to herself even though she might be hurting inside. So it’d be refreshing to see her breakthrough from a toxic relationship and go for her dreams in spite of what others may think. 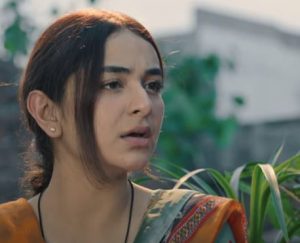 Yumna Zaidi portrays Shaista who is engaged to Kamil (whom we haven’t seen yet). She’s loud, vocal and funny, but she also has a high IQ, and yearns to go in the Army. However her family is focused on sending her brother, which doesn’t sit well with her. Her argument with her daadi sheds light on our societies preference of boys and building them up, and how they treat men and women differently. So, she decides to charge, take the reigns of her life in her own hands and go for the test along with her sisters help, played by Meerab. 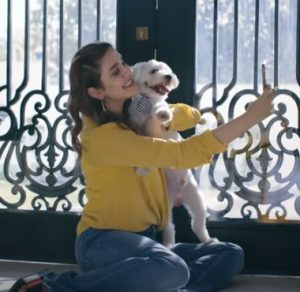 Kubra Khan plays Mahjabeen Mastan, she’s rich and glamorous who spends most of her time on social media posting pictures of herself and her dog. Her role model is Lt. Gen. Nigar Khan because she’s the kind of women Mahjabeen strives to be. So, when she decides to join the Army, her love interest played by Ali Rehman thinks she isn’t consistent in life, therefore her decision is wrong. And her mother played by Saba Parvez also agrees since they belong to the elite class, therefore their ambitions for their child are different. Having toxic parents, what we see in Mahajabeen’s life is the lack of personal will, parents who hate each other, her indifference towards life and a and a controlling environment where she’s been constantly told all her life what she can and cannot do. All problems combined, challenge her to apply in the Army as a Lawyer.

You can watch Sinf-e-Aahn ep 1 here